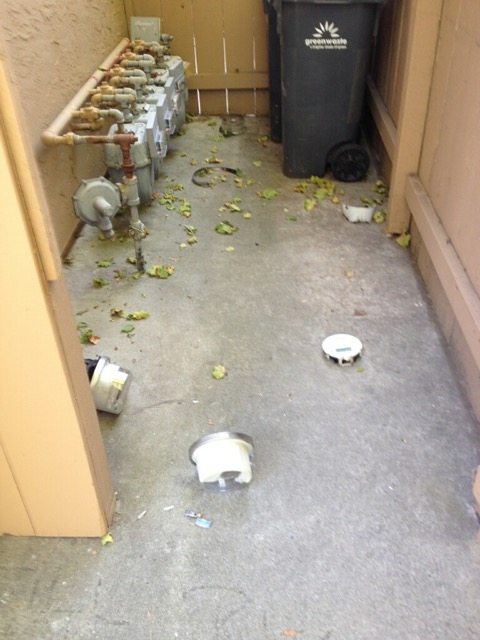 CAPITOLA, CA– Yesterday afternoon we received yet another report of exploding smart meters- this time in Capitola, CA:

“On 5.12, the Smart Meters blew off my house and about 100 neighbors, just like in Stockton.  I didn’t see any mention of the Smart Meters blowing up in Capitola on 5.12 on your website and feel like PG&E just brushed it under the rug.  My washing machine broke in the process and PG&E is not helpful at all.”

This follows a similar incident in Stockton, CA in March where meters blew off houses and many appliances were damaged after an electrical surge.
Utilities kindly correct us if we are mistaken, but this is not a phenomenon affecting glass and steel electromechanical analog meters.  It’s too bad that we have such corrupt “oversight” that has not only allowed utilities to deploy this untested, hazardous technology on nearly every building- in violation of numerous laws- but then destroy millions of safe meters making it harder for policymakers to order a recall (which of course must be done).
Sounds like a stitch-up and believe us- it is.
Capitola was one of 15 local governments in California to pass an ordinance banning the meters back in 2010 when we had just started our campaign.  If PG&E and the corrupt California Public Utilities Commission had respected local law in 2010/11, smart meters may not be exploding on people’s homes today.
If the Santa Cruz County Sheriff had protected public safety and enforced the law rather than protecting and escorting those who violated it. If the Sheriff had not arrested us for civilly disobeying and rightfully blocking what we knew then was an unsafe deployment, the exploding meters and chronic RF sickness that have become part of the California landscape in 2015 might have been avoided.
How many millions of unsafe meters are sitting on people’s homes right now, waiting for a surge that can instantly transform them into incendiary bombs or flying projectiles?
This morning, we called PG&E for comment (they always love to hear from us), and asked what the cause of the problem was, and asked for evidence of any similar incidents with analog meters. They said they would call us back. (they haven’t yet)
We also contacted the Capitola City Council as well as state legislators for the area, State Senator Bill Monning and Assemblymember Mark Stone and have demanded an independent statewide investigation into these incidents.
We will report here what their responses are, and any updates or more information that comes in.  If you were personally affected by this incident or know someone who was, we would like to hear from you. 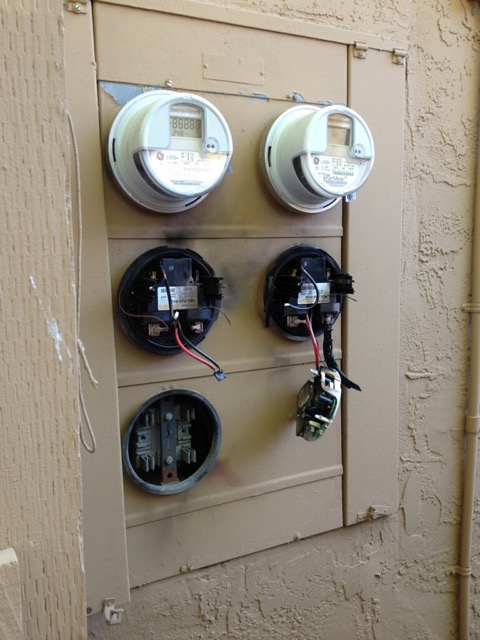 If you are living in the area, please contact your elected officials and ask them to step in and protect the public’s safety.
State Senator Bill Monning (831) 425-0401
State Assemblymember Mark Stone (831) 425-1503
Capitola City Council (831) 475 7300
Capitola City Council Meets at 7pm Thursday May 28th at 420 Capitola Ave.  Speak up and encourage action!
Hundreds of thousands of smart meters have been recalled in Saskatchewan, Oregon, Florida, and Pennsylvania because of fire risk. People have died and homes have been destroyed.
One thing is for sure- the only thing the California Public Utilities Commission is protecting is corporate utility profits.
Update May 22nd 10am:  We have not heard back from either PG&E or state legislators. Nothing to see here folks.  Just 21st century utility dysfunction.  The cost of “progress” perhaps?
Update May 27th 9am:  Still no word from either PG&E or state legislators.  Since the facts are damning, they’d obviously prefer  to sweep their incompetence under the rug. Pathetic.
Share |
Previous Post
Next Post
comments powered by Disqus