A Message to Public Schools and Public Libraries about Wireless Devices 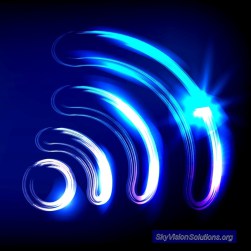 “Background: Wireless devices transmit information using radiofrequency/ microwave radiation.  The international biomedical research community has been studying the impact of such radiation on biological systems for decades, but more intensely in recent years.  The vast majority of the thousands of peer-reviewed research publications of this community, when funded independent of the wireless industries, are finding biological effects of concern.  Further, these biological effects occur at levels of radiation far lower than earlier understood.  Simply stated, a worldwide health crisis is emerging and is becoming a hallmark of the 21st Century.  The international biomedical research community is trying to warn us; but, as a society, we are not yet listening.  I hope that this message will help to change that.
As a scientist, I urge you to look into the health impact of the radiofrequency/ microwave radiation produced by wireless devices.  Examples of wireless devices of concern in our environment are Wi-Fi in all of its forms; cell phones and cell towers [especially those located on school grounds]; cordless phones; wireless computers, whether desktop, laptop, or tablet models; wireless baby monitors; wireless smart electricity meters; emerging wireless smart appliances; and microwave ovens (which leak radiation).”

Read the rest of the article...
Electrahealth.com Editor Note: Use this meter to detect RF radiation that may be affecting your health!
Share |
Previous Post
Next Post
comments powered by Disqus