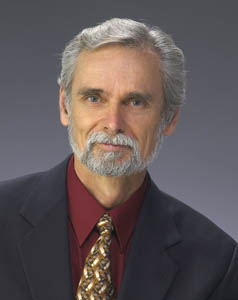 What I find most disturbing about BC Hydro’s forced imposition of smart meters is how readily politicians of all parties have abandoned fundamental principles of a free society in order to accommodate bureaucratic expediency. Individual freedom demands that government has boundaries. As far back as the 1600s the concept that individuals need sanctuary from government was established in British Common Law (still applicable in British Columbia) clearly stating that your home is your castle and the sovereign will not cross your threshold without following due process. Except now they have. In one stroke the Province is saying that lawful citizens no longer have a choice in what enters or leaves their homes.
Although debate has been carefully steered to encompass technical arguments and ignore principle there are two facts about smart meters which cannot be denied. They emit radiation into your house and, when Hydro chooses, they will gather and disseminate personal information which previously would have required a court order.
Whether the radiation is harmful or ultimately proves to be safe is not the point. What is critical to the issue is that many people believe it to be harmful and now their sanctuary along with their peace of mind is denied them. . Nor does it matter how little you may care what government, corporations and hackers know about what you do in your home, What matters is that the safeguards protecting others who do care must remain in place.
And forget the argument that they are free to go somewhere else. In our current economy most people in this province who have a job and a mortgage have no choice but to stay where they are and do what BC Hydro dictates. For populated areas supplied electricity has become more essential to life than supplied water. Urban regulations will not permit alternative sources and those who could legally go off the grid can rarely afford the expense. BC Hydro is a government established monopoly so there are no competitors to turn to for service provision. Under these circumstances the only protection an individual has are our elected representatives. Except in this case, regardless of party, they have determined that what is good for business is more important than long established individual rights.
Recently, politicians of all description prominently displayed poppies and paid homage to the sacrifices made by previous generations who understood that to maintain a free system over time it is necessary for certain principles to be inviolate. Government must conform to the principle rather than change the principle to accommodate the wishes of whoever happens to be in power. It is why we have Constitutions. Unfortunately many politicians these days don’t seem to think that way. They do not recognize that our jobs are not only to represent our electorate, majority and minority, but also to serve as guardians of the free system. Sadly we seem all too willing to thoughtlessly forfeit our freedom for the latest of fleeting conveniences that our runaway technology may provide.
John Ranns
Mayor, District of Metchosin
Share |
Previous Post
Next Post
comments powered by Disqus