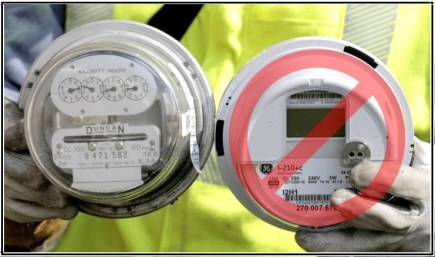 As reported on October 21, 2014 in the Daily Herald, according to ComEd (Illinois electric utility) officials on the topic of smart meters:

“Although the meters transmit six times a day, the radio frequency is on for less than 5 minutes a day.”

The above statement is common misinformation disseminated by the smart grid industry.
The reference to “six times a day” is a very simplistic and misleading statement that only addresses the communications of one smart meter and the customer energy usage-related data collected by that one meter.  It has nothing to do with reality in terms of radiofrequency (RF) emissions associated with a smart meter communicating within a network of other smart meters.
While it is generally true that an individual customer’s smart meter is programmed to transmit his or her energy-related data back to the utility once every few hours, that is an extremely small percentage of the actual number of transmissions per day.  The wireless smart meter performs many other functions, such as network management, time synchronization, and activities related to forwarding routed messages for other customers.  Smart meters chatter back and forth among each other throughout the day.
In 2012, another utility, the Sacramento Municipal Utility District (SMUD), performed a study to determine how many radiofrequency transmissions were occurring per day.  Originally, SMUD had claimed (or only acknowledged) that six (6) transmissions were occurring per day. 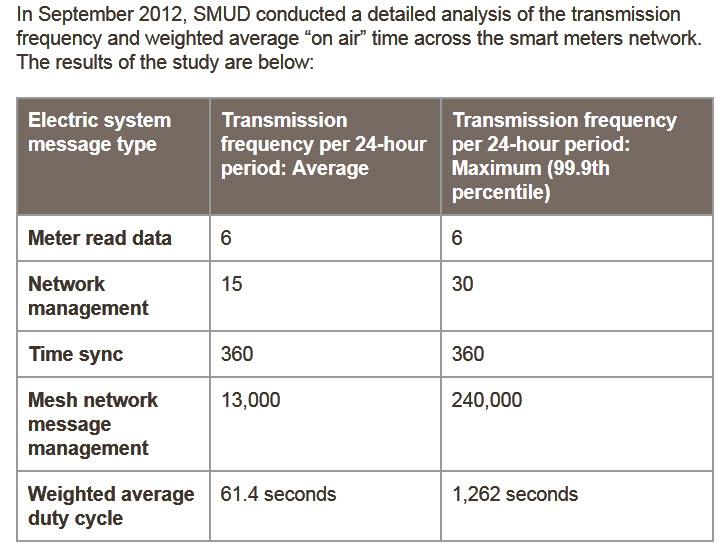 So, as you can see from the above table, it is true that the utility “detailed analysis” shows that the “meter read data” for each customer is transmitted 6 times per day.  But if you are a person concerned about the RF emissions from a wireless smart meter, you are obviously interested in the total number of “bursts” of RF energy from the meter.  There are actually thousands of RF transmissions occurring for each wireless smart meter each day.  Also, there is no practical manner for an individual customer to know if his or her smart meter is “only” transmitting at the average rate of 10,000 to 15,000 times per day, or if you are the really unlucky person who has a meter that is transmitting at a rate of 200,000 or more times per day.
In the above test results for one utility, the total transmission time per day ranges from about 1 to 21 minutes, so the ComEd cited value of 5 minutes per day might be one possible value, but one must remember that tens of thousands of pulses are likely transmitted by that same smart meter within the time span  of a day.  To better visualize how these transmissions might look over time, refer to the diagram below. 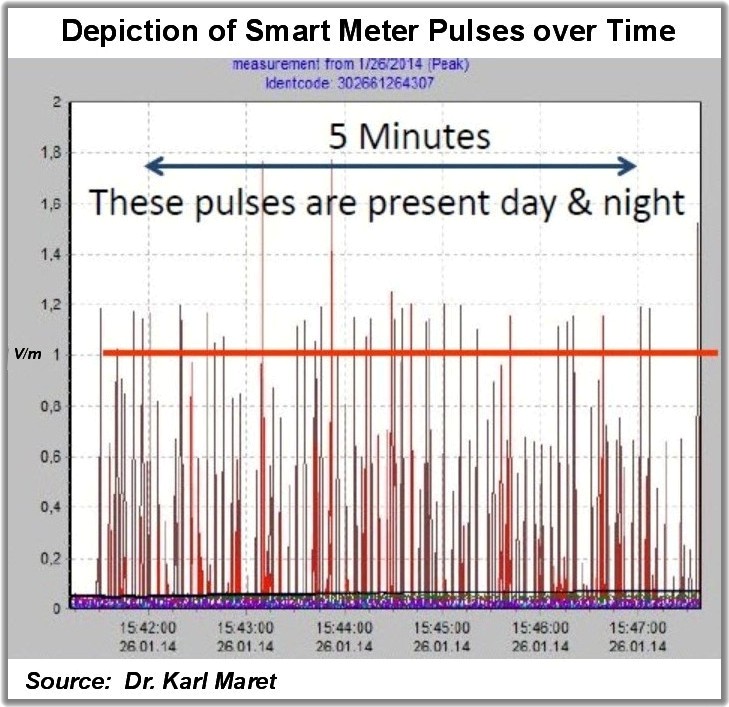 Thus, based upon the above supporting information, it is correct to state that smart meters transmit a brief signal every few seconds (if not more frequent) on a round-the-clock basis, for basically forever, i.e., 24/7.  To state otherwise is deceptive.  Smart meter RF emissions represent a source of “chronic” exposure to RF radiation and unless you are able to refuse installation for your home, it is involuntary exposure as well.
Share |
Previous Post
Next Post
comments powered by Disqus