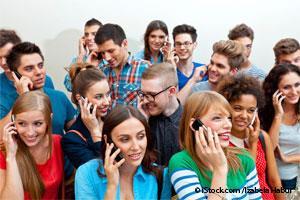 Cell phones were first introduced in the 1980s, became widely available in the U.S. during the 1990s, and today we’re living in a society where cellphone-only households are no longer the exception; they’re the norm.1
The International Agency for Research on Cancer (IARC), which classified cell phones as possible carcinogens in 2011, suggested during the late ‘90s that a study looking into the relationship between cell phones and cancer made sense. In 2000, the Interphone study was initiated.
When its results were finally released (years behind its scheduled completion date), there was controversy over the results.
However, the Interphone Study Group did eventually acknowledge that "heavy users" of cell phones had an approximately doubled risk of glioma, a life threatening and often-fatal brain tumor, after 10 years of cell phone use.
The most shocking part of their finding is their definition of a "heavy user" —someone using a cell phone for two to two and a half hours per month!
I would suggest it’s not unusual for Americans to spend that long on their cell phones every day in 2016, although a 2014 Nielsen study put average usage at about 34 hours a month.2
Suffice to say, people are using their cell phones a lot and starting at ever-younger ages. Meanwhile, increasing research suggests cell phones are linked to health consequences that are just now beginning to be understood.
At the very least, caution is warranted in their use. Even the U.S. Centers for Disease Control and Prevention (CDC) echoed this in 2014, stating, “We recommend caution in cellphone use.”3 Except, if you were to look for this language from the CDC today, it would be nowhere to be found.
CDC Backpedaled on Their Cell Phone Warning
Within weeks of posting their cell phone caution online, the passage was removed, along with a section that addressed potential risks of cell phone use for children. As of January 2016, the CDC only notes:4

“Some organizations recommend caution in cell phone use. More research is needed before we know if using cell phones causes health effects.”

Their about-face generated enough attention and confusion, however, that their site now includes a sidebar panel attempting to vaguely explain why the information on their FAQs page was changed (including, they say, to present the information in “easy-to-understand language”).
Internal Records Show Debate Among CDC Officials
The New York Times obtained more than 500 pages of internal records that suggest there’s far more to the story than this, including disagreements about cell phone risks among its scientists and agency officials.
When the CDC warning was first made public, government and health officials wondered whether it represented a policy change (and whether schools could be liable for allowing cell phones on their premises).
The CDC then began to regret their choice of words, and internal emails show officials debating how to best backpedal, including stating that other countries such as the UK and Canada (but apparently not the U.S.) recommended caution.
Not all officials agreed that a revision was necessary, however. The New York Times reported:5

“Christopher J. Portier, former director of the National Center for Environmental Health, the C.D.C. division that made the changes, disagreed with the decision to pull back the revised version. ‘I would not have removed it,’ he said in an interview.
‘I would have been in support of a recommendation that parents look carefully at whether their children need cellphones or not.’
Dr. Portier, who led the center when the revision process was initiated, said he believed parents should have been presented ‘with enough information to say caution isn’t ill advised, because we really don’t know, and there are enough indicators to say we should be cautious.’”

Some Organizations Urge Caution in Cell Phone Use, But Not the CDC
Ultimately, the CDC spent years debating how to best address the risks of cell phones to the U.S. public. They even tested drafts of new language on focus groups, but the end result stops short of implying cell phones may indeed be risky. According to The New York Times:6

“The C.D.C.’s internal email traffic shows a lengthy revision process for the agency’s recommendations. After the announcement by the I.A.R.C. in 2011 [categorizing cell phones as possible carcinogens], one agency official wrote that there was ‘outdated information on our current website.’
Some changes were made within days, though they did not mention the I.A.R.C. determination.
That would take another three years. It coincided with the C.D.C.’s effort to use clearer language on its website, a bureaucratic process that led to tension between the communications staff and the agency’s Radiation Studies Branch …
In emails, Robert C. Whitcomb Jr., head of the Radiation Studies Branch, began assuring colleagues at other agencies and universities that the new guidelines were ‘not an official policy.’
Another C.D.C. official called it ‘a teachable moment,’ while a third said she had ‘an incredible guilt complex’ for her role in the guidelines published in June 2014.
… ‘Some organizations recommend caution in cellphone use,’ the agency’s guidelines now say. But the C.D.C. is not one of them.”

Cell Phone Use Is Associated with Brain Tumors, DNA Damage and More
Download Interview Transcript
In the video above you can listen to my powerful interview with Dr. Devra Davis, who is one of the most well-respected and credentialed researchers on the dangers of cellphones, among a number of other things.

Consider research by Dr. Lennart Hardell, a professor of Oncology at University of Örebro in Sweden, and statistician Michael Carlberg from the same university. The pair looked at data from two previous case-controlled studies on Swedish patients diagnosed with malignant brain tumors during the periods of 1997 to 2003 and 2007 to 2009.
Using regression analysis, adjusted for gender, age, year of diagnosis, and socioeconomic index, the odds of developing a malignant and highly lethal brain cancer called glioma rose concurrently with increased cell phone use. The more hours spent with a cell phone pressed to their ear, and the more years they’d spent using a mobile phone, the higher the odds were.
Dangers to Fertility, Pregnant Women and Children
Dr. Davis has warned, in particular, about the risks to pregnant women and their unborn children, noting that prenatal animal studies have shown exposure to radiation from cell phones:
Children’s brains contain more liquid than adults’, which impacts the amount of radiation absorbed (children absorb far more). Among teens who use cell phones from a young age, the risk of brain cancer is about four to five times higher than that of teens who didn’t use cellphones.
Dr. Elisabeth Cardis, Interphone’s principal investigator, is now conducting research in Europe to examine the risks of cell phone use among children. She told The New York Times:7

“If there’s a risk, it’s likely to be greater for exposures at younger ages simply because the skull is thinner and the ears are thinner in children than in adults. Basically your phone is closer to your brain.”

Meanwhile, a systematic review and meta-analysis showed that exposure to low-level electromagnetic radiation (EMR) from cell phones lowered sperm motility by 8 percent and sperm viability by 9 percent.8 Previous studies have also found that cell phone radiation can affect men's sperm count and the quality and motility of their sperm.9
During the 2013 discussion “Cell Phones & Wi-Fi — Are Children, Fetuses and Fertility at Risk?,” leading experts from top universities further reported:10

“There is a direct relationship between duration of cell phone use and sperm count decline. Sperm count is reduced by half in men who carry cell phones in their pants pockets for four hours per day. The motility of the sperm is also impaired.
The testicular barrier, that protects sperm, is the most sensitive of tissues in the body, and is 100x more absorbent. Besides sperm count and function, the mitochondrial DNA of sperm are damaged 3x more if exposed to cell phone radiation.
… DNA mutations have been linked more to damage on the male side in research from Iceland, the assumption being that male sperm is more vulnerable than female eggs, which are more protected. Mutations increase with the age of the father, and more autism and schizophrenia increase with the age of the father.”

Cell Phones Represent Only One EMF Risk – Dirty Electricity Is Another
Your body is a complex communication device where cells, tissues, and organs “talk” to each other to perform basic functions. At each of these levels, the communication includes finely tuned bio-electrical transmitters and receivers, which are tuned like tuning into a radio station.
What happens when you expose a radio antenna to a significant amount of external noise? You get static from the noise — and that is what is happening to your body in today’s “electrosmog” environment. It’s not only cell phones that pose a problem; all form of dirty electricity have the potential to harm human health.
Magda Havas, PhD, associate professor of Environmental and Resource Studies at Trent University explained:11

“‘Dirty Electricity’ can … be used to describe electric power that has become corrupted by our use of modern appliances.
Items such as CFL bulbs, cell phone transmission antennas, power supplies for portable computers, cell phone chargers, dimmer switches, variable speed fans and many other electronic devices that require a transformer to convert the voltage will ‘dirty’ the electricity that enters your home.
This form of dirty electro-magnetic fields (EMF) is invisible to the eye, but has a biological effect on the human body and has been associated with a wide variety of illnesses.”

In “Dirty Electricity: Electrification and the Diseases of Civilization,” epidemiologist Sam Milham, MD also points out that the major diseases plaguing modern man — heart disease, cancer, diabetes, etc. — may also be triggered by dirty electricity.
Dr. Milham showed that populations without electrification experienced less disease than those in urban areas with electrification, and that rural death rates correlated with levels of electrical service for most causes examined.12 Conditions linked to electrification included cardiovascular disease, cancer, diabetes and suicide. Camilla Rees of ElectromagneticHealth.org said:

“Dr. Milham’s work suggests society may have overlooked one of the most important underlying root causes of illness. The health sector’s focus on lifestyle, chemical pollutants, genetics and the like, may have missed the role of every day electromagnetic fields from electrification.
It is now clear we must assess all sources of electromagnetic radiation in our midst, not just wireless communication technologies, but also electric and magnetic fields, and high frequency transients on electrical wiring, known as ‘dirty electricity.’

How to Minimize Your EMF Risks
Tips for Avoiding Dirty Electricity Risks
Additional options to minimize your risks from dirty electricity, compiled by Paula Owens, M.S. for the Ahwatukee Foothill News, include:13
Share |
Previous Post
Next Post
comments powered by Disqus