Posted by Robert Daniel on 2/24/2015 to "Smart" Meters
Original Source
DALLAS — James Humphrey Jr. was found dead on his bedroom floor last Monday night. The elderly man was unable to escape after his South Dallas home went up in flames.
"I just lost a 75-year-old cousin," Alfreda Johnson said. She believes this was a death — and a fire — that could have been prevented.
"They came out and changed that meter three weeks ago, and the house caught on fire from that meter," she alleged. 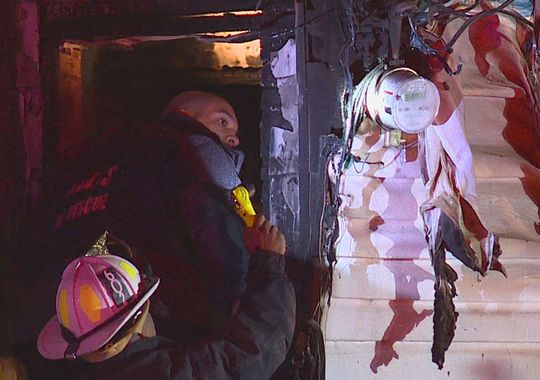 A family member alleges that a recently-installed smart meter was responsible for the fire that killed 75-year-old James Humphrey Jr. at his Dallas home on February 3, 2015. (Photo: WFAA)
Fire investigators say the blaze that killed Humphrey did start near the home's electric meter, which is an advanced, digital "smart meter." Investigators haven't determined that was the cause, but are considering it as a possibility.
"Oncor comes out here and they post those meters out there on these old houses. These houses are not equipped to carry those smart meters," Johnson said. 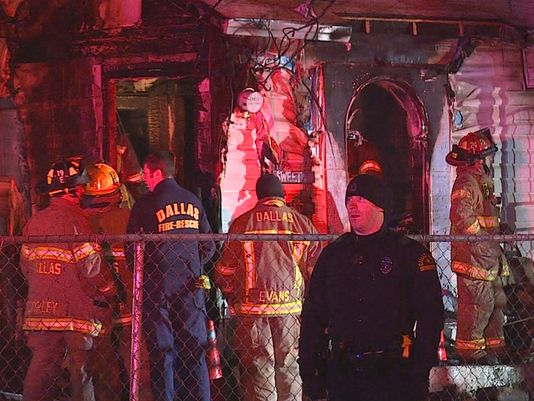 Two national electric providers confirm to News 8 they've seen smart meters overheat occasionally when connected to older wiring systems in some homes.
As for Monday's fatal fire in Dallas, Oncor — which delivers electricity to North Texas and has installed more than three million smart meters — said in a statement:
"Our thoughts are with the family in this difficult time ... There has been no prior instance where such a meter has caused a fire in a dwelling."
However, the advanced boxes have been suspected of sparking fires and overheating in a number of cases elsewhere. The meters have occasionally been replaced en masse: 186,000 of them in Philadelphia; more than 10,000 in Lakeland, Florida; another 70,000 in Oregon; and 105,000 in Saskatchewan, Canada.
Regulators in Nevada are pondering whether there may be a hazard linked to smart meters.
"When does it stop? When does it stop?" Alfreda Johnson asked. "All we want is to be heard. We want something done about it."
It should be noted that in most of the cases where meters have been replaced, they were made by a different manufacturer than the one that is used by Oncor. Additionally, at least one out-of-state utility expert who reviewed video of the Dallas fire said the damage around the meter would have been far more substantial if the fire had started with the unit.
Investigators will make their own determination about that.
Oncor does allow customers to opt out of the smart meters... for a price.
According to a company spokesperson, depending on the customer's individual setup, there is a one-time fee to swap to a "regular" meter, then a monthly opt-out fee.
For residential customers, the one-time swap fee ranges from $169 to $211. For commercial customers, it ranges from $244 to $564. Then, the monthly recurring fee ranges from $26.69 to $31.38, and includes a small charge for a smart meter — even though the customer no longer has one.
Share |
Previous Post
Next Post
comments powered by Disqus