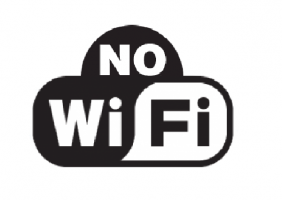 Ashland, Massachusetts Public Schools have implemented Wi-Fi Device “Best Practices” which include turning the Wi-Fi off when not in use and keeping devices on a table.
Ashland, MA — (SBWIRE) — 09/28/2015 — Based on its own review of the matter, the Ashland Public School District is reducing wireless radiation exposures to children by instituting district wide “best practices for mobile devices”. Spurred by parent Cecelia Doucette’s concerns about the lack of safety data on Wi-Fi and children, the district investigated the issue and developed a policy to substantially reduce wireless exposures to students and staff. Doucette not only brought the issue to the district’s attention, but then also worked with state legislatures who introduced two bills concerning electromagnetic radiation this session. The Environmental Health Trust submitted written testimony on MA Senate Bill 1222 after expert scientists presented information on wireless health risks at a briefing at the Massachusetts State House in June 2015.
Since wireless devices are constantly emitting radiation even when the user is not using the Internet, the instruction to “turn it off when not in use ” stops the Wi-Fi antennas from continuously emitting radiation and is one simple way to reduce the radiation dose and exposure time for children and staff.
Instructions for “Best Practices” are posted in every classroom and include:
Ashland’s Best Practice of “keeping the device on a table” and no closer than a 12 inch viewing distance is critically important. Laptops and tablets have fine print warnings buried in their manuals specifically stating that the laptop should be at least 8 inches away from the user so that the user is not exposed to radiation levels that exceed as-tested FCC levels. If a device is used on a lap, as is common practice, the student could receive radiation levels far exceeding FCC limits. FCC limits are set to prevent the radiation from heating the brain and body but are not set to avoid chronic impacts on the developing nervous system or reproductive organs.
Many are unaware of FCC fine print advisories in the manuals of every wireless device confirming as-tested distances set to avoid heating. Cell phones, laptops and even baby monitors have these specific instructions in their product information guides. By referring to the product information guides, Ashland Public Schools are informing people about the need to keep a distance between the device and our bodies. As a public service, Environmental Health Trust (EHT) has compiled these fine print warnings on their website Showthefineprint.org.
It is important to note that even if users comply with these FCC recommended distances as stated in the device manual, accumulating research shows that biological damage can occur from wireless radiation levels far lower than these FCC levels. FCC limits are only set to protect people from heating harm and do not address non-thermal effects.
This ground breaking policy action by the Massachusetts school district is indicative of the wave of parents raising concerns about Wi-Fi across the country. Ashland, Massachusetts parent Cecelia Doucette wrote an article in Ashland Local Town Pages about these new best practices. Significant news and print media have picked the issue up after Massachusetts parents filed a lawsuit against a private boarding school alleging the school did not accommodate their 12-year-old child’s diagnosed debilitating sensitivity to the school’s WiFi system.
Ashland is the first US public school to create such policy on wireless transmitting devices. However, this US Massachusetts school district now joins dozens of schools and governments that have already implemented even more stringent measures to reduce wireless exposure to children. For example, Israel and France have banned Wi-Fi in kindergarten. The European Union recommends wired Internet rather than wireless in schools.
“Right To Know” efforts by local governments are also moving across the United States.     A judge just upheld Berkeley’s new Cell Phone Right To Know Ordinance which requires cell phone sellers to tell customers about these FCC radio frequency radiation distances.
Suffolk County in New York voted to label wireless routers in all public buildings including schools. The US United Federation of Teachers Union now hosts a webpage on how to reduce exposures to protect pregnant women, other staff members and students.