Posted by Bob on 10/21/2014 to Wireless
Original Sources: Part 1, Part 2
This is translation of the one of the articles published in the Finnish newspaper Satakunnan kansa. Translation provided generously by Henrik Eiriksson.
For links to Finnish language texts, see earlier blog.
***************** 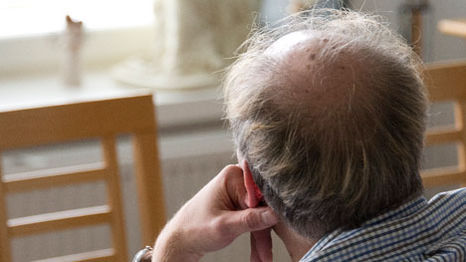 “In one case, Nokia, the No. 1 mobile-phone supplier, ties a patented invention directly to suspected health risks from cell-phone radiation. On July 28, 1998, Nokia received a patent for a shield layer between the antenna and the user to reduce the electromagnetic irradiation of the user.
The Nokia patent application states the mobile-phone antenna is a “few centimeters from the brain, the hearing organs, the organ of equilibrium. Although a direct heating effect could be left without further consideration, it has been suggested that modulated radio-frequency radiation induces changes in the electrical status, i.e., in the ion balance of nerves. A continuous localized exposure to radio-frequency irradiation has been suggested to weaken myelin sheets of cells and to eventually lead to an impairment of hearing capability, vertigo, etc. It has been suggested that radio-frequency irradiation may stimulate extra growth among supportive cells in the nerve system, which in the worst case it has been suggested could [lead]to a development of malignant tumors, e.g., glioma.” [DL: mentioned here weakening of myelin sheet around nerves is associated with the multiple sclerosis]

“Nokia received another patent on Dec. 29, 1998, for an accessory radio-frequency unit that “decreases radiation towards the user’s head.”

“On Jan, 25, 2000, Nokia received a patent for a cell-phone alarm system that would allow the user to “reduce to a minimum the SAR [specific absorption rate] value and the quantity of radiation directed at his head or body by employing the correct appliance position and situations and by adjusting the transmission time.”

All the patents were taken by Nokia and other manufacturers at the same time when, and still, manufacturers continue to assure users that there are only thermal effects of radiation are non-thermal effects do not exists. Based on this claims, manufacturers, in concert with ICNIRP, ICES and WHO, claim that cell phone users, no matter how old or young, no matter of how healthy or sick, are all perfectly protected from any health effects of cell phone radiation. Just as a reminder, cell phone safety standards used by manufacturers and developed by ICNIRP are from year 1998!
In the story published in Satakunnan kansa, Matti Niemelä is also saying that at Nokia it was not allowed to speak about the possibility of health effects from cell phone radiation and, that he now worries to be labeled as “crazy” when he speaks out about his suspicion – cell phone radiation seems to increase his MS symptoms.
From the comments on various websites that discussed the blog “Former Nokia Technology Chief: Mobile phones wrecked my health” (at the time of posting current blog, the story got 2771 views since it was posted on: Oct 18, 2014 @ 16:02), Niemelä’s worry of being labeled as “crazy” for speaking up, seems to be justified. It is a very bad situation when it is not possible to have free, open and meaningful discussion about technology that was never tested for human safety before it was put on the market and technology that is omnipresent, in pockets of over 6 billions of people.
Unfortunately, the distrust has grown so bad that nobody wants to speak with nobody – see series of stories in my other blog “The Round-Table Initiative on Cell Phones & Health” where in letters from ICNIRP, MMF (Mobile Manufacturers Forum) and BioInitiative are dismiss any attempts to have round-table debate… Nobody trusts nobody…
Were patents taken for only technological development purposes or were there other reasons too? Good question to which I do not have answer…
Share |
Previous Post
Next Post
comments powered by Disqus