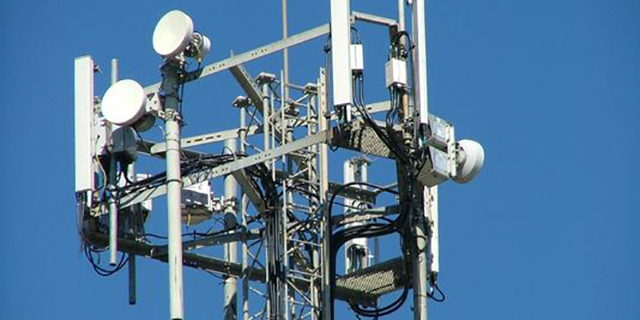 Two years in the works, a new law governing public exposure to electromagnetic fields generated by wireless technology (including base stations, mobile phones, tablets, and WiFi) was adopted by the Members of the National Assembly (MNAs) on Thursday, January 29. It was passed by a majority vote, while the UDI Party abstained – except Bertrand Pancher (Meuse), who voted in favor. The UMP voted against it, seeing it as an barrier to the development of digital industries.
This new law – the first in France to establish a precautionary approach addressing the potential health risks of radio frequencies – is the result of a real obstacle course, during which its initial ambitions were seriously downgraded. The Bill, filed in January 2013 by the MNA for Val-de-Marne Laurence Abeille (Europe Ecologie-Greens) had been referred to committee by the Socialists, before returning to the National Assembly in January 2014, under a watered-down form, and then to be adopted in first reading by the Senate in June 2014.
Despite these successive setbacks, the environmental group decided to submit the Bill to a vote as is, to prevent its return to the Senate where it would have suffered new delays and probably additional knife strokes. Its adoption is thus final. Ms. Abeille stated, “the application decrees will be able to be taken without further delay”.
Not Lowering the Limits
The new law, “An Act on Sobriety, Transparency, Information and Consultation for Exposure to Electromagnetic Waves”, is a compromise between the supporters of a stricter supervision of the sector and wireless phone operators, opposed to any regulatory obstacle. “This present text does not fully address all the issues,” recognizes the Green MNA. “However, it is an essential first step.”
A major point is the introduction into French law a principle of “sobriety” of public exposure to electromagnetic fields. However, virtuous as it is, this principle remains vague and non-binding: while the original Bill was aimed to scale back radiation exposure to“as low as reasonably possible” or 0.6 volts per meter, or V/m (approx 0.1 µW/cm2), this was not successfully included in the final version. Depending on the frequency, the limit of radiation exposure in France is between 41 and 61 V/m (approx 455-955 µW/cm2).
Hot Spots
The National Frequency Agency (AFNR) will nevertheless make every year a national census of “atypical points” or “places where the level of public exposure substantially exceeds that generally observed at the national scale”. Network operators will have to remedy them within six months, “subject to technical feasibility”.
The average exposure in France is now about 1 V/m, but a study of the Operations Committee on mobile waves (Copic), covering sixteen municipal representative of the French territory and published in 2013, reported some exposure peaks “up to 10 V/m at maximum transmitter power”, even if the levels remained below 0.7 V/m in 90% of cases. The AFNR considers up to now as atypical places where exposure exceeds 6 V/m (approx 9.5 µW/cm2).
To establish transparency, the installation of antennas will now be subject to prior notice to mayors and presidents of regional-municipal bodies, who may if they choose organize a consultation with residents. In addition, a campaign of “awareness and information on the responsible and rational use of mobile devices” will be conducted.
Wi-Fi Prohibited in Daycare Centers
A section of the Act is devoted to the protection of babies. Wireless devices will be banned in “the spaces dedicated to the care, resting and activities of children under 3 years”, that is to say, nurseries and daycare centers. However, contrary to the initial desire of safety proponents, Wi-Fi will remain permitted in primary schools. It will however be disabled for activities other than “digital educational activities“.
Finally, the often-dramatic situation of people suffering from electro-hypersenitivity receives a first consideration. The government will have to submit a report to Parliament on this issue within a year.
Inquisitr Review: ‘Film Warns Viewers About Smart Grid Dangers’
There is no immediate indication yet how this new law will affect the rollout of “smart” utility meters in France, which typically emit radiation pulses thousands of times stronger than a cell phone.
Even though there was much comprised in the end, leading advocates consider the glass half full rather than half empty. “This act, which is the first dedicated to the issue of electromagnetic waves and their impact on the environment and health, marks a first step in the legal recognition of the need to regulate the development of mobile phone communications and all wireless applications,” says the association for the regulation of mobile phone base stations (Priartem). In its view, “this first legislative effort must be an encouragement to go further in protecting people”.
Calls for Caution
This act arrives in a context of accelerated development of sources of electromagnetic fields, in particular with the deployment of very high-speed 4G mobile communications. Aa of January 1st 2015, ANFR indicates the number of 4G base station sites authorized in France was, for all operators, 18,699 – compared to 12,525 a year earlier – and 15,424 are in service.
While there is still no official scientific consensus around the potential health risks from radiofrequencies, many studies and opinions have called for caution. In 2011, the World Health Organization (WHO) classified them as “possibly carcinogenic” . And in 2013, the National Agency Health Safety of Food, Environment and Labour (ANSES) recommended to “limit exposure of the population to radiofrequencies – especially from mobile phones – especially for children and heavy users”. It also called for “controlling the overall exposure from base stations”.
Share |
Previous Post
Next Post
comments powered by Disqus