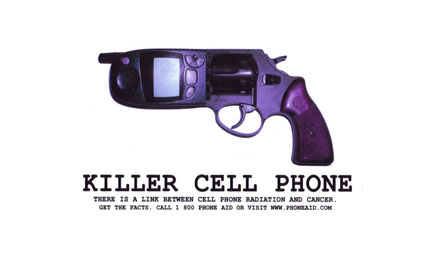 No one wants to hear that something as “indispensable” as your cell phone might cause grave harm to your health, but that’s exactly what mounting evidence tells us we’re faced with.
Wireless phones and other gadgets have the potential to cause all sorts of health problems, from headaches to brain tumors. The link between brain cancer and cell phone use has been a particularly persistent one, and mounting research has only made this association stronger...
As mentioned in the featured video, previous research has shown that those who begin using cell phones heavily before age 20 have four to five times more brain cancer by their late 20s, compared to those whose exposure is minimal.
In 2011, the International Agency for Research on Cancer (IARC), an arm of the World Health Organization (WHO), declared cell phones a Class B Carcinogen, meaning a “possible cancer-causing agent,” based on the available research.
This places cell phones in the same category as diesel engine exhaust, some pesticides, and some heavy metals. The expert panel ruled that there was “some evidence” that regular cell phone use increased the risk of two types of tumors – brain tumors (gliomas) and acoustic neuromas.
When you consider the fact that your body is bioelectric, it’s easier to understand how and why biological damage from wireless phones might occur.1
For starters, your body uses electrons to communicate, and inside every cell are mitochondria, the “power plants” of the cell, and these mitochondria can be adversely impacted by electromagnetic fields, resulting in cellular dysfunction. Other mechanisms of harm have also been discovered in recent years.
Wireless Phone Use Increases Risk of Malignant Brain Tumor
The latest analysis,2, 3 published online ahead of print in October, was performed by Dr. Lennart Hardell, a professor of oncology at University of Örebro in Sweden, and statistician Michael Carlberg from the same University.
The pair looked at data from two previous case-controlled studies on Swedish patients diagnosed with malignant brain tumors during the periods of 1997-2003 and 2007-2009.
The patients were between the ages of 18 and 80 years old at the time of their diagnosis. Cell phone use was ascertained via questionnaires. (Use of a hands-free device counted as non-exposure.) In all, nearly 1,500 brain cancer patients were included, along with 3,530 cancer-free controls.
Using regression analysis, adjusted for gender, age, year of diagnosis, and socioeconomic index, the odds of developing a malignant and highly lethal brain cancer called glioma rose concurrently with increased cell phone use.
The more hours spent with a cell phone pressed to their ear, and the more years they’d spent using a mobile phone, the higher the odds were.
To put this risk ratio into some perspective, just over five people out of 100,000 were diagnosed with malignant brain cancer between 1995 and 2002. If that rate triples, the odds of developing a malignant brain tumor rise to about 16 out of 100,000.
But, there are also signs that technology is progressively getting more harmful—not less so... As noted in the featured article:4

“The case control studies covered periods during which phone technologies had changed considerably. It started with first generation analogue phones that had an output power of 1 W at about 900 MHz.
The 2nd generation GSM (Global System for Mobile Communication) phones (2G) with either 900 or 1800 MHz frequency had pulsed output power averaging tens of mW.
The 3rd generation (3G) phones UMTS (Universal Mobile Telecommunication System) are more amplitude modulated than pulsed, and typically use a broad frequency band (5 MHz width) from 700-3 590 MHz on a worldwide basis, and from 900-2 170 MHz in Europe with output power of the order of tens of μW.”

The findings show that 3G phones may cause more harm than earlier versions, raising the risk of brain cancer four-fold. It also appears to have shorter latency period—just five to 10 years, compared to about 25 years for earlier mobile phone versions.
Proposed Mechanisms of Harm
One mechanism of harm, published in 2010,5 explains how electromagnetic fields damage your cells and DNA by inducing a cellular stress response. The research was conducted by Dr. Martin Blank,6 PhD, a former Associate Professor at Columbia University in the department of physiology and cellular biophysics, and past president of the Bioelectromagnetics Society.
He gave an informative speech at the November 18, 2010 Commonwealth Club of California program, "The Health Effects of Electromagnetic Fields," co-sponsored by ElectromagneticHealth.org.
In his lecture, Dr. Blank explained that DNA, with its “coil of coils” structure, is very vulnerable to electromagnetic fields. It possesses the same structural characteristics of a fractal antenna (electronic conduction and self-symmetry), and these two properties allow for greater reactivity of DNA to electromagnetic fields than other tissues.
Moreover, no heat is required for this DNA damage to occur. Dr. Blank believes the potential harm of wireless technologies can be significant, and that there’s plenty of peer-reviewed research to back up such suspicions.
A review of 11 long-term epidemiologic studies published in the journal Surgical Neurology7 in 2009 revealed that using a cell phone for 10 years or longer approximately doubles your risk of being diagnosed with a brain tumor on the same side of the head where the cell phone is typically held. Both Dr. Hardell and Carlberg were involved in that study as well, and these findings are very similar to the findings in their latest review, discussed earlier.
Another important study, funded by the US government, was published in JAMA8, 9 in 2011. Using a specialized brain scanner capable of detecting alterations in glucose, the researchers determined that cell phone radiation triggers your brain cells to metabolize glucose at an increased rate. Glucose metabolism equates to cell activation, so the findings indicate that radiation from your cell phone has a well-defined measureable influence on your brain. Essentially, each time you put a cell phone up to your ear, you’re artificially activating your brain cells. While that much is clear, it’s still unknown whether this excess glucose production is harmful, or can cause a cascade of problems down the line.
Common-Sense Guidelines to Protect Your and Your Family’s Health
It’s important to note that researchers are in general agreement that there’s a latency period of about 10 years or more before the damage shows up, which places children at greatest risk—a risk that is potentially exacerbated with more modern 3G technologies, which appear to be even more harmful than earlier versions.
From my perspective, the evidence clearly indicates that we need to invoke the precautionary principle with regards to cell phone use, as well as other wireless technologies. Until the industry starts taking this matter seriously, the responsibility to keep children safe falls on the parents. To minimize the risk to your brain, and that of your child, pay heed to the following advice:
Share |
Previous Post
Next Post
comments powered by Disqus