Hot on the radiation trail 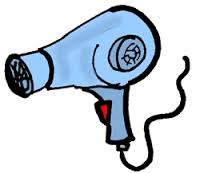 There's no dearth of scientific studies emphasizing the dangers of excessive cell phone usage. For one, there was the 2011 study by the International Agency for Research on Cancer (IARC) that said radio frequency electromagnetic fields are possible carcinogens. Cell phone electromagnetic field (EMF) radiation may indeed be a cause for concern, but what about radiation from other gadgets?
Other than microwave ovens and computers, EMF — measured in milliGaus (mG) — is emitted by hair dryers, TVs and vacuum cleaners. The US Environmental Protection Agency (EPA) recommends that people limit daily magnetic field exposure to 0.5-2.5mG. At a distance of three feet, computers emit 2-5mG, hair dryers emit anywhere between 0.1-6mG and vacuum cleaners emit 3-40mG. These figures may worry some, but Ajay Poddar, CEO of Synergy Environics Ltd., says wireless technology remains the prime culprit.
"Our bodies can handle limited radiation exposure. Hair dryers and other appliances aren't used as much as mobile phones and computers are. Unless you're constantly exposed or in close proximity to a device, it's not harmful," he says. But microwave ovens should be used sparingly.
"Enough studies have been conducted on the adverse effects of microwave cooking. Unlike traditional ovens and stoves, microwaves destroy the molecular structure of food. But this depends on frequency of use," Poddar stresses.
Almost all of us, when we were younger, were told not to sit close to the TV. Our parents may have been concerned about our eyesight, but the fact is that CRT or 'box' TVs gave off low-level X-rays. Flat screen TVs emit little to no radiation, but smart TVs are a different issue altogether.
The reason? Wireless connectivity. WiFi and mobile technology exposes one to 'radiation pollution'. The risks are magnified for children (their thinner skulls and still-developing nervous systems are more sensitive to EMF pulses), pregnant women and those with pacemakers.
One of the most unsettling findings on the ill-effects of EMF radiation was by award-winning cancer expert Dr Vini Khurana. Mobile phones, he said, can kill more people than smoking, and handset use for 10 years or more can double brain tumor risk. This may sound alarmist, but Poddar says phone brands themselves warn against excessive use in user manuals. "It's not that we aren't being warned," he says. "It's just that we aren't listening."
Share |
Previous Post
Next Post
comments powered by Disqus