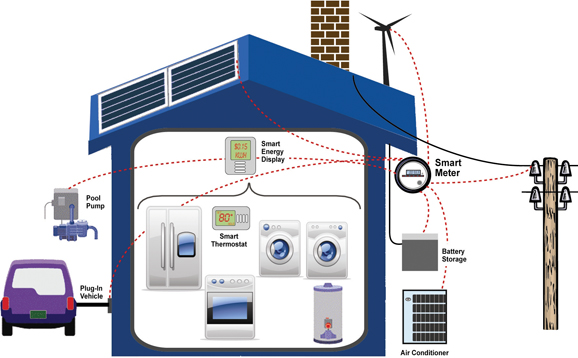 The future of a €1bn project to install electricity and gas smart meters in all Irish homes and most Irish businesses by 2020 could be in doubt after a recent cost-benefit analysis indicated savings, if any, would be minimal.
The report commissioned by the Commission for Energy Regulation (CER) — which is overseeing the planned rollout of the National Smart Metering Programme to more than 2m households — said the results were “marginally negative”.
It estimated that the project would result in the net loss of €54m in the most likely scenario. However, consultancy firm PwC, which carried out the analysis, said its findings should be interpreted as “broadly neutral” given the overall scale of the project and the significant uncertainty about many of the main cost assumptions.
But the latest results will come as a disappointment to the CER as a similar earlier study was largely positive about the combined benefit of smart meters for electricity and gas over a 20-year period. The updated review suggests the cost of the project could outweigh any benefit in all but the most optimistic scenario. The net losses could even be as high as €140m, according to the report.
The figures will also cause some unease for the government which has faced a barrage of criticism over the cost and implementation of the programme for water meters and which will be anxious to avoid a similar controversy in future.
Although there will be no upfront costs for consumers to have smart meters fitted in their homes, a CER spokesman said it was anticipated that the cost would be incorporated in distribution charges set by electricity and gas suppliers.
The energy regulator claims smart meters will result in cheaper energy bills for electricity and gas, more information on energy consumption and greater customer choice as well as reducing Ireland’s CO2 emissions and creating greater efficiencies for utility companies. The programme is designed to reduce electricity and gas consumption during the peak period of 5pm-7pm by encouraging consumers to avail of lower tariffs at other periods.
The recent cost-benefit analysis estimated the average residential household would achieve savings of €16.20 on their annual electricity bill and €18.52 on their gas bill. The CER stated further savings would be derived from electricity and gas suppliers not having to visit homes to read meters which should also be passed on to consumers.
The national rollout of smart meters had been originally scheduled to begin in 2015 but is unlikely to commence before 2018.
It is estimated it will be 2021 before all homes are fitted with smart meters.
A CER spokesman said the programme would proceed to its third stage which would involve a further cost-benefit analysis scheduled for autumn 2016 before any final decision is made with regard to smart metering.
A spokesman for the Department of Communications, Energy and Natural Resources said it was not in a position to comment on the latest figures for the smart metering project.
A spokesman for ESB Networks also declined to comment.
Share |
Previous Post
Next Post
comments powered by Disqus