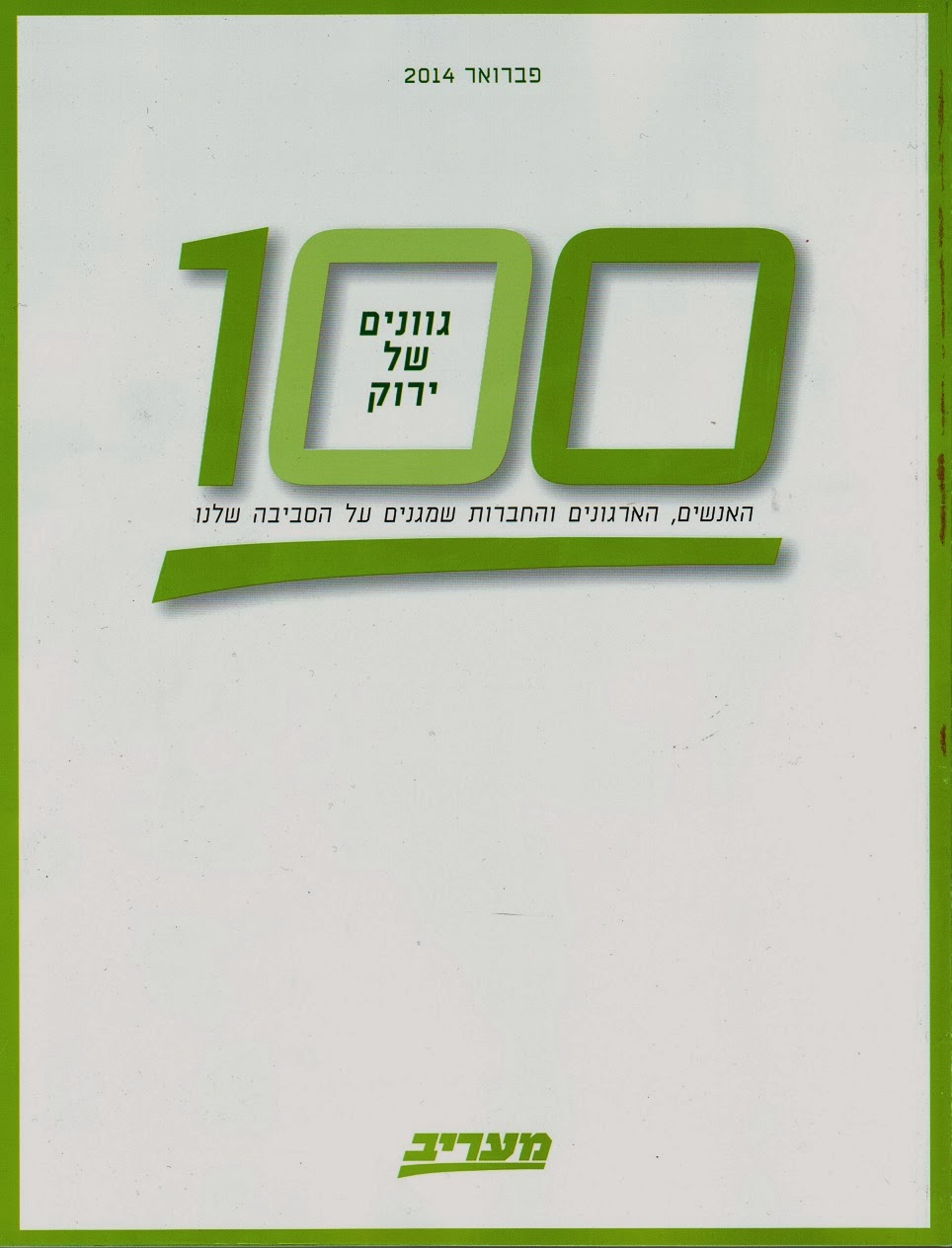 The Israeli case to ban Wi-Fi in schools was chosen By Ma’Ariv Newspaper As one of ‘The 10 Most Important Environmental Battles We Should Follow This Year'.
In a special Magazine dedicated to Environmental issues which was published in this weekend issue, Ma’Ariv newspaper published the article which was written by the journalist Aviv Lavi, the leading environmental journalist in Israel and who has been following the issue closely. Mr. Lavi titled it “Students Under Radiation”. The case was number 4 on the list and while Mr. Lavi wrote me that the list is not by order of importance.
Following is the translation of the part about the case from the article:
4. Students Under Radiation

A fascinating and especially explosive case is currently in the hands of the Israeli Supreme Court, which is due to conduct yet another hearing in the case in the coming months. ‘The Forum for Sane Cellular Use’, ‘The Israeli Parents Leadership’ and mainly, a small group of people who have been harmed by the radiation, led by attorney Dafna Tachover, demand to remove wireless based systems from schools and replace them with wired networks. The Claimants laid down at the Supreme Court desk a very-thick brief including research papers and experts opinions regarding the health impacts of the radiation to which the children are exposed many hours on a daily basis.
This case already created many embarrassing moments to the Ministry of Education which declared alleged support of removing Wi-Fi from schools and at a certain point, accordingly, even issued such a decree to the schools, but in effect, it has been pushing programs like ‘Tablet to every student” and the Ministry itself actually installed Wi-Fi system in schools. So far, the Judges avoided reaching a decision, and continue to tackle the Gov representatives with more and more questions, but in the coming months the moment will come in which the Court will have no choice but to take this hot potato in its hands and make a ruling whether the Government is harming the students’ health and what action it should take.