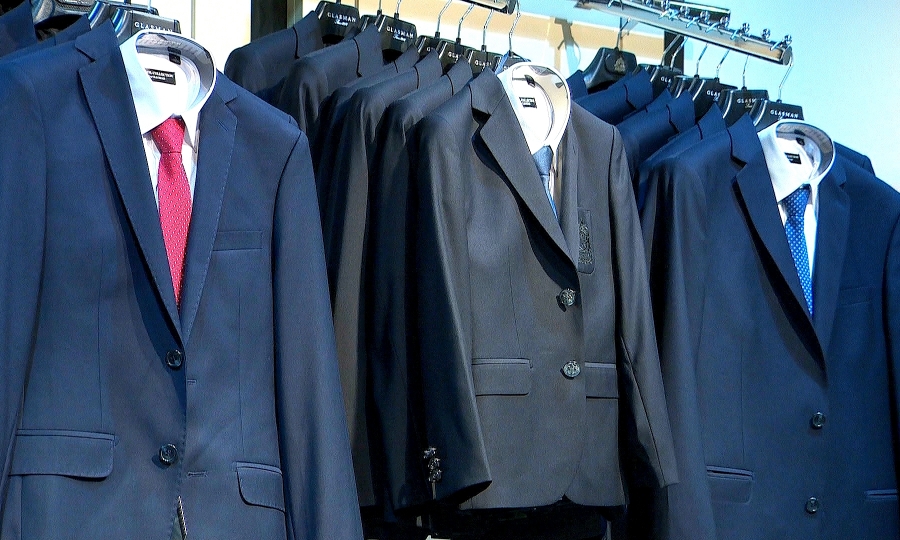 ASTANA – One domestic factory is sewing clothing for school pupils that manufacturers believe protects wearers from the electromagnetic radiation of mobile phones, Khabar.kz reported Aug. 17. The approximate price for the new uniform is 15,000 tenge (US$62).
“Kids nowadays are very tech savvy and spend too much time with their phones,” Aigul Naushabayeva, mother of a 12-year-old daughter, told The Astana Times.
She thinks this type of uniform will definitely be in demand for parents who want their children to be protected from the harmful effects of mobile phones. “Children should wear such uniforms as health is priceless,” she added.
A collection of “Smart” uniforms is made for girls and boys. It looks like an ordinary formal suit with a variety of styles offered, but the secret cannot be understood at first glance, the agency reported.
“A compound of X-shield fabric that is sewn into inner pockets uses copper that provides protection against mobile phone radiation. We were holding tests with special appliances in a laboratory and found that when a phone is in that pocket, radiation is 80 to 90 percent less harmful,” administrator of chain stores in Astana, Dilyaram Tursinova told Khabar news agency.
The electromagnetic radiation protective uniforms are sewed at a factory in the Almaty region, but can be purchased in Astana, Karaganda and Moscow. Fifty-thousand sets of the uniform were made this year and up to 70,000 are planned for production next year, Khabar reported.
Children are particularly sensitive to electromagnetic radiation, vredpolza.ru reported, referring to scientists saying that the frequent use of mobile phones can put children at an increased risk of memory and sleep disorders.
The radiation can affect brain rhythms and cause harm to the immune system of a child. Effects of harmful electromagnetic radiation are like disturbances on a radio and lead to destabilisation of body cells, disorders of the nervous system, emergence of headaches and memory loss, the website stated.
Electrahealth.com Editor Note: Use this meter to detect RF radiation that may be affecting your health!
Share |
Previous Post
Next Post
comments powered by Disqus