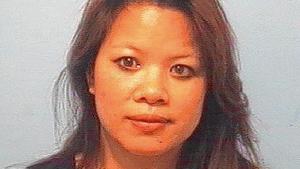 A leader of a Naperville group opposed to “smart meters” was acquitted Wednesday of resisting police who arrested her last year after she shot video of them and meter installers.
Malia “Kim” Bendis, 42, began to sob moments after a DuPage County jury, which deliberated about three hours, announced that it found her not guilty on a misdemeanor charge of resisting or obstructing a peace officer.
“I’m so glad this part is over, and I’m thankful to my legal team and the jury,” she said later. “I just want to go home to my children.”
“These charges should have never been brought,” one of her attorneys, Todd Pugh, said after the verdict.
Bendis was arrested Jan. 23, 2013, as utility workers were trying to install one of the devices at the home of her fellow smart meter foe, Jennifer Stahl. Bendis and Stahl were leaders of an organization fighting the city-authorized installation of the meters, claiming the devices pose health and privacy threats.
The brief video Bendis shot was played for jurors several times during the three-day trial. On it, Bendis is in Stahl’s front yard and can be heard talking to Stahl and to the utility crew when Naperville Police Sergeant Nick Liberio walks into view and asks Bendis if she is recording. Police had been assigned to the home when the utility crew was scheduled to install the meter.
On the video, Bendis replies she is recording and that her lawyer said it was legal. Liberio replies he had previously warned her about recording him and orders two detectives to arrest Bendis. The video ended at that point.
The detectives testified that Bendis did not immediately surrender her camera and its memory card, refused repeated orders to turn around to be handcuffed and tried to twist away from them.
Bendis testified that in the minutes after the sergeant ordered her arrest, she was standing in the driveway talking to the detectives and that a TV news camera crew was nearby. She said that after the news crew left her immediate vicinity, the officers became confrontational and eventually pushed her up against a tree to handcuff her. They never asked her to turn around to be cuffed, Bendis told jurors.
In closing arguments, prosecutors urged jurors to ignore what they said were extraneous issues and to focus on the law.
“This case is not about emotions. It’s not about feeling sorry for the defendant. It’s not about her cause and how good she believes it to be,” Assistant State’s Attorney Leslie Gareis argued.
But attorney Thomas Breen, who also represented Bendis, called the officers’ version of the arrest “baloney.” The police sergeant provoked the incident by walking into Bendis’ field of view as she was recording, Breen said.
“They’d had it with Kim Bendis, and they arrested her,” he told jurors.
In addition to the resisting count, Bendis was charged with attempted eavesdropping for recording the police sergeant, but the charge was later dropped after the eavesdropping law was ruled unconstitutional. Stahl was cited, but her citations were dropped when she completed the requirements of a diversion program.
Share |
Previous Post
Next Post
comments powered by Disqus