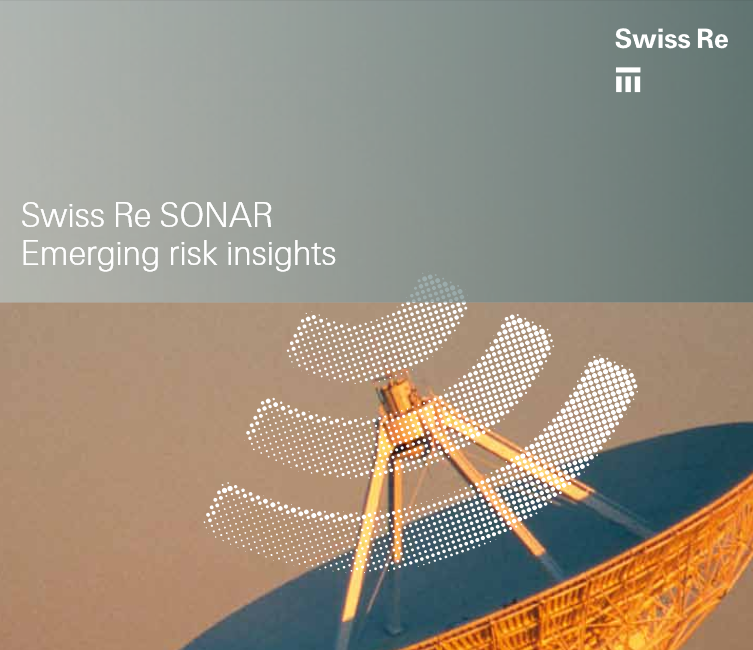 In its SONAR Emerging Risks report, 2013, which covers risks that could “impact the insurance industry in the future”, the Emerging Risks team at Swiss Re categorizes the impact of health claims related to electromagnetic fields (EMFs) as “high”.  It acknowledges recent reports of courts ruling in favor of claimants who have experienced health damage from mobile phones, and also says that anxiety over risks related to EMFs is “on the rise”.
The document states that whilst the majority of the topics covered in its pages were of “medium impact”, health issues associated with EMFs sit in the highest impact category.  Other topics discussed include the dangers of cyber attacks, power blackouts, workplace safety and Big Data – all of which are exacerbated and/or added to by the ill-conceived “smart” metering programs.
Swiss Re, the reinsurance firm behind the report, defines Emerging Risks as “newly developing or changing risks that are difficult to quantify and could have a major impact on society and insurance industry”.  By placing  EMFs in the “High” potential impact-zone, it is suggesting that there may be potentially “high financial, reputational and/or regulatory impacts or significant stakeholder concern” in the next 10 years or more.
“If a direct link between EMF and human health problems were established, it would open doors for new claims and could ultimately lead to large losses under product liability covers.  Liability rates would like rise.”
Read the report here:  Swiss Re SONAR – Emerging Risk Insights (PDF) (see page 12)
Share |
Previous Post
Next Post
comments powered by Disqus