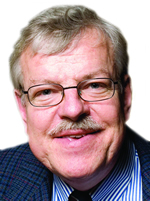 Neuroscience has come under scrutiny for its involvement in an array of mind control initiatives and other ethically questionable research. But at least one neuroscientist from Sweden has gone on record to caution against the increasing dangers of Electromagnetic Fields (EMF) on human beings and other living organisms, as you will see in the presentation below.
Our modern world is creating an electromagnetic soup filled with electrical pulses, radio frequencies, computer screens, wireless signals, as well as personal devices such as cell phones and gadgets that are emitting damaging radiation. There are many peer-reviewed scientific studies which are drawing conclusions that should concern us all, but particularly young children and pregnant women. In fact, the debate is heating up to such a level that government agencies are even infighting over the matter, as evidenced when the Department of the Interior recently sent a letter with their own scientific papers chastising the FCC for using standards that are 30 years out of date. As the DOI stated, the concern is not only in the negative health effects upon people, but upon wildlife as well.
Please listen to Professor Olle Johansson, PhD as he offers a comprehensive view of the many issues surrounding EMFs, including an industry-wide attempt by telecom to cover up the negative consequences. His information is echoed by the recent reversal of a ruling in Maine which had everything to do with industry pressure and influence. Professor Johansson also addresses what we can do to protect ourselves and our environment from the impact of EMFs.
Dr. Johansson is Associate Professor in the Neuroscience department of the world-renowned Karolinska Institute in Stockholm, Sweden. This presentation was filmed at a technical seminar on the Environment and Health in Barcelona, Spain. It is a key presentation, as he is speaking to medical practitioners, not only to a lay audience. Nevertheless, it's a very straightforward and easily understood lecture.
Particularly troubling is his opening sequence which recounts the long history of known negative health effects.
He also asserts that all people are hypersensitive to EMFs and are being radiated in the classical way that we would think of as related to major events such as Fukushima. The health effects are long term - including DNA fragmentation - and also must be addressed as a cumulative threat.
At the very least, Professor Johansson asserts, EMFs very easily can be linked to a growing number of allergies, and he urges us to re-evaluate the rise in allergic conditions in tandem with the rise in the use of electronic devices.
Please share this information and help your friends and family make better informed decisions in a world of increased connectivity. Professor Johansson is no Luddite, but a concerned scientist who would like to see a full open debate based on the very troubling scientific health studies he cites.
This video can help to start a debate in your local community and government, before the lowest standards possible continue to be applied to human health and the environment. If you find yourself grappling with the apathy of others, I'd like to leave you with a quote:

When I die, I want the last thought to be I did my best; not I could have done better. - Professor Olle Johansson