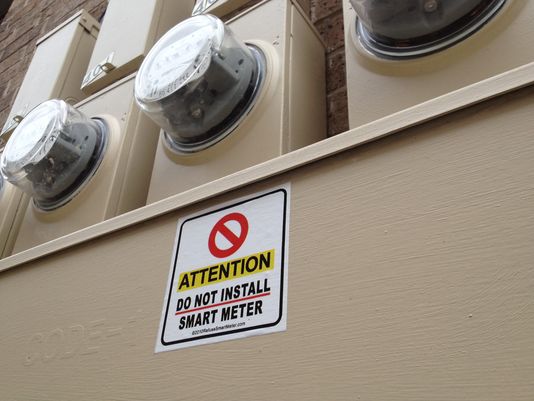 SAN ANTONIO -- Some San Antonio electric customers are calling for a halt to the installation of smart meters. The group says CPS Energy's new devices will affect customers' health and privacy.
Oliver Holden spoke with KENS 5 in the comfort of his bedroom, where he worries that where he lays his head may become a health hazard.
On the other side of his bedroom wall, are CPS energy meters which the utility wants to replace with Smart Meters.
The devices allow CPS detailed information about your consumption of energy, and relay that information back to the company wirelessly. That wireless radiation concerns the retired attorney, who fears the signal from 6 meters would disrupt his pacemaker as he sleeps.
"I've had a pacemaker since the early '90s. Never had any problems at all. And I don't want any problems."
"They emit radiation that the world health organization says may cause cancer," said Josh Hart. Hart heads up stopsmartmeters.org, a nationwide group that is asking for more research into smart meters.
Besides the wireless signals, Hart said the devices can extract data from a home to create privacy concerns.
"Utilities are able to delineate between what appliances you use, even what television program your watching, how many people are in the house. This is essentially an occupancy detector, and this information could be passed onto law enforcement, insurance companies, third party corporations."
Where typical analog meters get checked once a month or so by a meter reader, the new devices send signals every day.
A spokesman for CPS Energy said the devices emit that signal every four hours, as it checks in with the utility's headquarters.
And as for the privacy?
"We have never or will we ever sell that information to a third party vendor," said CPS Energy's John Moreno.
Alamo Heights residents claim to have won a brief moratorium on the device, but CPS says this next generation of meter-reader is already installed in tens of thousands of San Antonio homes-- with no problems.
Still, opponents want to see more studies done. Some customers can opt out, but the public utility said that comes at a cost.
CPS Energy will charge $20 a month to install and service a device that doesn't emit a wireless signal.
Share |
Previous Post
Next Post
comments powered by Disqus