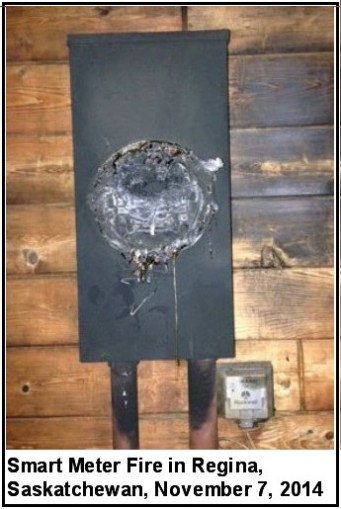 As reported last month, an independent review in Canada revealed that smart meters are experiencing catastrophic failures when rain water (and/or condensation along with other contaminants) gets into the smart meters themselves, causing arcing across electronic components with eventual failure of the meter.
Well, last Thursday night it rained in Regina, Saskatchewan, and there was another smart meter fire.
SaskPower confirmed crews were  called  to replace yet another failed smart meter on a resident’s home on Regina’s east side early Friday morning.
The fire  started about 1:30 a.m. The homeowner said she woke up to a banging sound outside her bedroom window.  “I thought it was somebody hitting it with a bat,” said the homeowner.  “I looked out my bedroom and I saw flames, and then I knew what happened.”
She discovered her meter was on fire and said the blaze caused some damage to the 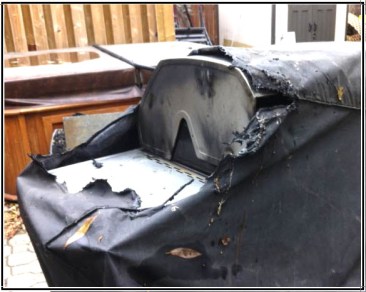 exterior of her home and a nearby barbecue cover also caught fire.  She pulled the burning barbecue away from the home and called 911. 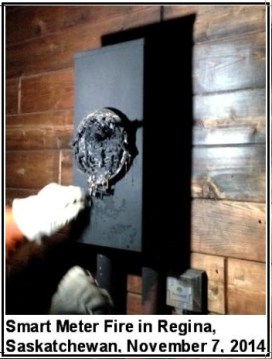 A spokesperson for SaskPower says the fire started inside the smart meter, which is the same type of unit linked to at least eight other fires in the province.  Note that at least SaskPower is no longer blaming the “customer wiring” for these meter fires.
“Who knows what could have happened with the barbecue cover that was burning, cause I have two propane tanks underneath.  It was a good thing I was home,” said the homeowner.   “I don’t want another one [smart meter] cause it’s very scary.  Especially in the middle of the night when your sleeping and all of sudden you have explosions outside and then flames.”
Regina received rain Thursday night, and although suspected, it could not be immediately confirmed whether the rain was a direct contributor for this specific fire. 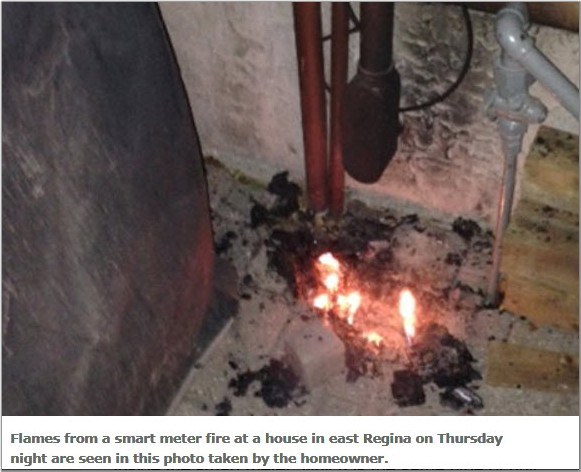