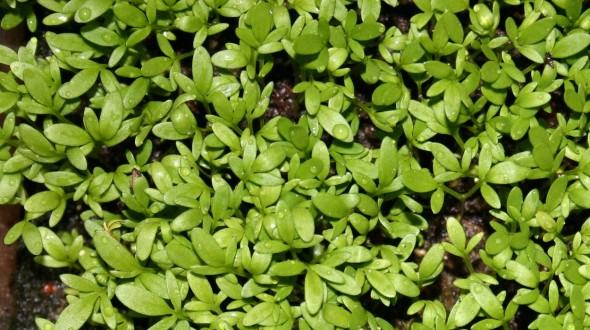 Garden cress is a fast growing and edible herb that will sprout in just a small amount of slightly alkaline water. But there is one exception to that rule, and is has scientists scratching their heads.

A group of 5 girls have carried out a science experiment at Hjallerup School in North Jutland, Denmark that saw garden cress seeds placed in 12 tubs and split into two batches. Both batches were placed in different rooms that remained the same temperature, and were given the same amount of water and sunlight over the course of 12 days.

Youd expect both batches of 6 tubs to grow equally well, but one set didnt even germinate. The reason? They were placed next to two routers. Although its unclear exactly why this happened, it is thought that the radiation produced by the routers is what stopped the seeds germinating.

The girls experiment was geared towards testing the potential impact of phone radiation on surrounding objects. They didnt have phones to use though, so decided the routers were a good alternative. The experiment has certainly caught the interest of the international science community and is set to be repeated in a more controlled environment. One of the first controlled experiments will be carried out by Professor Olle Johansson from the Karolinska Institute in Stockholm. Hopefully it will shed more light on why this is happening.

Johansson has said hes impressed by the girls experiment and hopes they will continue into research careers when they are older. For the moment, the girls just find the attention exciting and have all decided not to sleep with a mobile phone anywhere near their beds for fear of it having some negative impact just like with the cress.
Share |
Previous Post
Next Post
comments powered by Disqus