Posted by Bob on 8/15/2013 to "Smart" Meters
Original Source
OKLAHOMA CITY – Less than 10 minutes after posting the following story on Red Dirt Report – “Corporation Commission judge to hold hearing over ‘Smart Meters’ on Wednesday” – I drove by through the RDR neighborhood and noticed a bright-orange OG&E utility truck on our street. 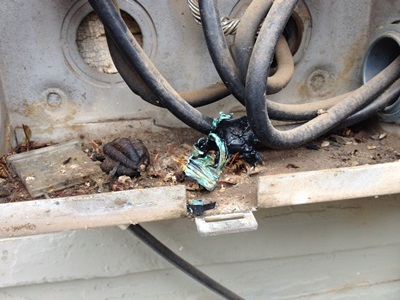 The utility worker had a Smart Meter in his hand and when I asked him what had happened, he informed me that some wires had burned up, seriously limiting power to the affected home.
And sure enough, the meter was damaged and when he took me to the backyard of the home the wire was burned up and melted in several spots. I asked the utility worker if a fire could have spread and burned the house down – as has been reported in other areas – and he said, “Anything is possible.” 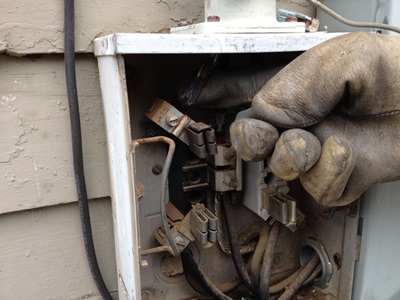 Not particularly encouraging.
Added the worker: “I've been doing this a long time and I've seen just about everything.”
The worker said that usually if there is a build-up of heat on the Smart Meter that it signals the OG&E office but in this case the sensor didn't work.
He further explained that of the two brackets attached to the wires, one was older – and burned up – and the newer one was o.k.
I later learned that the homeowner had noticed the A/C not working. It was ultimately determined that the defective Smart Meter was to blame and would be replaced.
So, with that experience in mind – talk about timing – we will be attending tomorrow’s Smart Meter hearing at the Oklahoma Corporation Commission.
Share |
Previous Post
Next Post
comments powered by Disqus