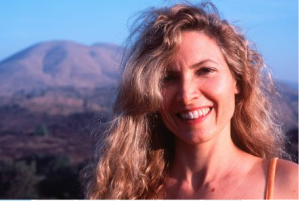 At West Boylston High School young Deborah Cooney dazzled her teachers. On graduation day it was no surprise when she was chosen to give the ceremony speech.
She studied economics at Brown University. This catapulted her into the role of vice president of Peoples Savings Bank in Worcester, MA.
She was V.P. for 10 years.
After being laid off following an ownership change in the 1990s she decided to pursue her dream. She set out to become a professional musician.
She headed for the sunshine state. She soon found herself playing piano and singing in the entertainment suites of prestigious hotels like the Queen Mary, the Ritz Carlton and the Century Plaza Hotel.
After a spell moving around and performing in “lots of resorts, bars and dives all over the world” Deborah settled down in San Diego. She opened a studio and gave piano and singing lessons.
All’s good up to here, right.
Then….
Bam
Her life was turned upside down in April 2011. She was suddenly stricken by a high-pitched ringing in her ears.
Deborah recalls “I remember the exact moment the tinnitus started I was just relaxing in my house in between [teaching] sessions. And all of a sudden it was like somebody turned something on.”
Strange isn’t it how it just came on like that?
Not that strange. For Deborah the culprit was obvious, a bank of 100-plus wireless smart meters installed in a nearby apartment complex.
Things went from bad to worse. “I couldn’t stand the house anymore,” Deborah said. “I couldn’t sleep in the house. I couldn’t eat any of the food in the house … it got so radiated it got me sick. … I was eating out. I was trying to sleep on the beach.”
For Mimi, Deborah’s adopted cat, the effects were particularly noticeable. Her behavior completely flipped. The feline went from being an indoor “house cat” to one who stayed increasingly outdoors. Mimi ran away, only to return “completely dehydrated, having heart palpitations … the same things I was suffering from” recalls Deborah.
Mimi came back because she realized there was no place to go, Deborah says. Sadly Mimi has since passed away.
In August 2011 Deborah realized she could no longer sleep, work or live in her own house.  Leaving her Frisbee champion boyfriend, she piled her belongings into her 2003 Hyundai Accent and drove 2,600 miles from Chateau Drive to Green Bank in West Virginia.
Green Bank West Virginia is the location of the National Radio Astronomy Observatory. It’s also protected from cell phone towers and the like.
In December 2012 Deborah filed a $120 million federal lawsuit against San Diego Gas & Electric Co., smart meter manufacturer Itron, the state Attorney General, the state Public Utilities Commission and its president, Michael Peevey, and others.
The lawsuit, filed in the San Francisco federal court, could be a first of its kind. In it Deborah alleges that:
“[she] could feel the immediate effects of radiation when she walked in the front door, experiencing a pins-and-needles feeling all over her skin, muscle contractions, stiffness, and pain, ataxia, dehydration, etc. Plaintiff felt a shock to her heart … at exactly 1:00, 5:00, and 9:00, as if something was being transmitted every four hours, on the hour. The shock would initiate cascading heart attack symptoms: chest pain, shortness of breath, heart palpitations, nausea, circulatory problems, edema, numbness and an impending sense of doom.”
Deborah now lives in a 10-by-20-foot rented cabin without electricity and drives 8 miles to use a small home to shower, cook and use the phone and computer.
“The smart grid completely destroyed [my life] plan” of buying a home, solar panels and a plug-in electric car”. Now, she says, “I’m having a hell of a time surviving and paying the bills. … I’m not happy here. I want to be in California—and I can’t because of the smart grid.”
More of the story can be read at the original source
Share |
Previous Post
Next Post
comments powered by Disqus