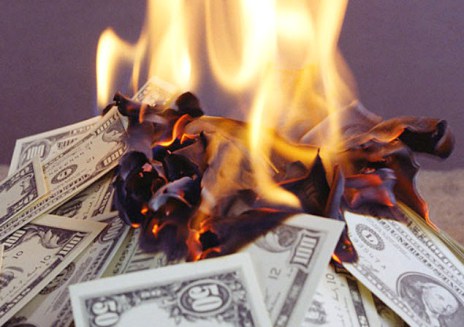 Smart meters have been advertised as a means to “empower” consumers with information that will somehow save customers money despite the fact that the deployment of the meters themselves cost billions and billions of dollars.
The theory has been that if consumers can see for themselves the energy they are using in near real-time, surely they can control their energy use to help them save energy and money.
However, after closely examining research, a team at the University of Essex has found that smart meters may only have a limited effect on reducing energy consumption in homes, certainly not worth the cost of deployment.

“The success of these devices is entirely dependent on the consumers being interested in them and engaging with them,” explained Kathryn Buchanan, from the Department of Psychology, University of Essex, who carried out the research. “It may seem obvious, but it seems this ‘human factor’ has been largely overlooked by policymakers.”

The study, published in Energy Policy journal, questions the effectiveness in the United Kingdom of multi-billion-pound plans to replace 53 million gas and electricity meters in 30 million UK homes and small businesses by 2020.  It highlighted three main problems with in-home displays (IHDs) used in conjunction with smart meters.

“We found that initially households enjoyed the novelty factor of the meters, comparing how much electricity different appliances used,” explained Kathryn, “but the interest in the meters wore off after a time.”

Analyzing research data from 524,479 people in 156 field trials, the researchers found that while in-home displays were a good way of raising awareness of energy use and linking consumption with cost, customers only saved on average about 2% – which on an average home energy bill of £1,284 would mean only £2-3 savings per month.

“The problem is some behavior won’t change, such as putting on the kettle when you get home from work,” added Kathryn, “People do not use energy for the sake of it – it is a by-product of people’s everyday lives.”

The second issue was that some consumers were not interested in the meters as their circumstances – e.g., they were living in rental units – meant they could not make the necessary changes to reduce their energy consumption.  Quoting from the study:

“It requires time and capital to research and invest in home improvement measures designed to bolster efficiency, many of which may not offer immediate investment returns, …  For those living in shared and/or rented homes such measures also require permission before progress can begin.  Hence, even when feedback may lead motivated users to pursue energy efficiency, their intentions may by thwarted by either actual or perceived action potentials.”

The third concern was that for some households the in-home displays could actually trigger unintended consequences leading to increased energy use after consumers realized the cost of certain behavior – i.e., taking a longer shower – would not cost them as much as they thought.
Although most people would not financially benefit from smart meters, there is a risk that a segment of the population will actually over-use the detailed energy data to their detriment.  As highlighted in the published study, another possible unintended consequence is that some poor households might cut back on their energy consumption too much, creating dangerously cold homes in the winter-time and to the point of being detrimental to the consumers’ well-being.  Conversely, in some areas, cutting back on air conditioning in the hot summer months may have the a similar effect in terms of creating extreme indoor temperatures.  Again, quoting from the study:

“Evidently reducing carbon emissions at the cost of people’s health could be a potentially disastrous outcome of IHDs.  This is something that needs to be considered by researchers and policy makers so that steps can be taken to ensure this possibility does not become a reality.”

On Friday December 19, 2014, Kathryn Buchanan, Ph.D. was interviewed by BBC Radio about the newly published report.  Below is an excerpt from the BBC Radio program. Three slides are included that are courtesy of Elsevier Ltd.
It is important to note that the projected small savings in the UK assumes smart meter customers have an in-home display (IHD).  In the United States such displays usually come at a cost of $100 or so, and customers are generally otherwise expected to login to an online account to view their personal usage data.  This would seem to be more cumbersome than looking at an IHD, and thus it is hard to envision smart meter customers saving any money at all on average in the United States based upon the published study.  As reported in another article at this website, less than 1% of the millions of smart meter customers in Texas have ever logged in to view their usage data and less than ¼% of smart meter customers have an IHD.
So there you have it, more evidence that “Smart Meters Have Failed and Were a Dumb Investment.”
Source Material for this Article:
“Is the Government’s multi-billion-pound smart meter roll-out a waste of energy… and money?,” at http://www.essex.ac.uk/news/event.aspx?e_id=7227
Full Study Citation: “The Question of Energy Reduction: The Problem(s) with Feedback,” by Kathryn Buchanan, et.al., Energy Policy, Volume 77, February 2015, Pages 89–96.
For a full copy of the study published in the Energy Policy journal, refer to the link: The Question of Energy Reduction.
Share |
Previous Post
Next Post
comments powered by Disqus