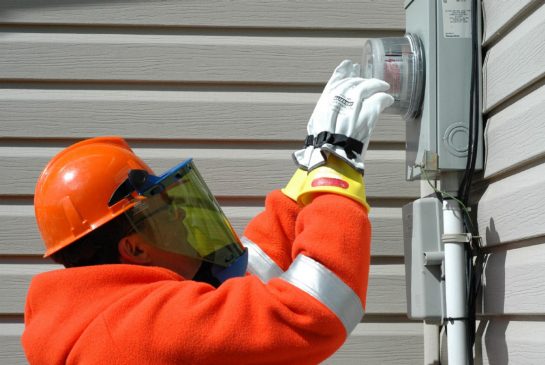 Some 5,500 smart meters in Ontario are being removed and replaced because of a risk they could heat up, causing an electrical short and possibly spark a fire.
David Collie, president and CEO of the Electrical Safety Authority (ESA), will brief reporters Thursday afternoon at Queen’s Park about the precautionary measure.
The ESA is issuing a “safety bulletin” to Ontario’s electrical utilities, alerting them to the potential risks.
It’s the latest snag to hit the controversial $2-billion smart meter program, which auditor general Bonnie Lysyk criticized last month for cost overruns and poor performance.
Lysyk found one in six of the meters, which are designed to promote conservation, had not yet transmitted any readings of electricity use.
The system was supposed to cost $1 billion, but that has doubled.
In Saskatchewan last summer, SaskPower removed a model of Sensus Corp. smart meter from homes and businesses after eight unexplained minor fires.
Thirty of Ontario’s 77 utilities use the same brand of meter, but it was not immediately clear if those are the same devices subject to the ESA warning
Smart meters enable utilities to charge fluctuating prices at different times of day, meaning electricity will be more expensive at peak times of day.
That’s to encourage conservation because consumers should be able to save money by using their dishwashers and other appliances at night.
The Ontario Fire Marshal’s office has said smart meters have been linked to 13 small fires since 2011.
There are about 4.8 million smart meters installed in the province.
Share |
Previous Post
Next Post
comments powered by Disqus