Top story on Drudge Report @11am today: Woman Says Her Wi-Fi Connection Is Making Her Sick

Seen At 11: Woman Says Her Wi-Fi Connection Is Making Her Sick

Shaun Kranish from ElectraHealth.com's editorial note:
We are seeing more news in the mainstream about these important issues, such as this one about the woman in LA.
It's interesting that these articles leave out the science - such as the World Health Organization classification of radiofrequency radiation - the same kind used in WiFi and cell phones, as class 2B possible carcinogen, the recent call by 200+ scientists for immediate action due to the dangers of non-ionizing radiation, the publication by the Canadian Medical Association Journal calling for stricter limits based on science, and many more facts.
Why is this information being left out of these news articles?  It's so readily available and revealed by a simple search of the Internet.  Instead these news articles quote non-medical experts or one doctor who says it still isn't proven...
For the REAL FACTS and REAL STORY - The whole story and the rest of the story - see the 11-page FACT SHEET with 100% cited information and facts such as the ones above and many, many more from around the world.  Here is the best and most hard-hitting evidence on this issue.
www.EMFAction.org - a website and publication by the International Electromagnetic Health Association.
Original Source 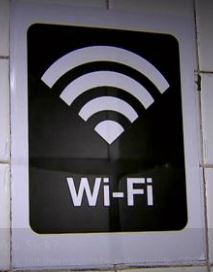 NEW YORK (CBSNewYork) — From using cell phones and computers to watching movies online, wireless technology has made life easier. But now, some say there is a serious downside.
As CBS2’s Maurice Dubois explained, there are those who claim that exposure to Wi-Fi is making people sick, and some people don’t even know it.
“Brain fog. That’s my worst problem. A brain fog,” Suzanne Hoyt said.
Hoyt said that nothing prepared her for the rush of symptoms that she suddenly developed.
“Headaches, perspiration, pain in my jaws and my heart. It’s like physical expansion of the heart,” she said.
Hoyt said it all started when she installed Wi-Fi throughout her apartment.
“I started to be very uncomfortable, and I didn’t know what it was,” she said.
With Wi-Fi everywhere, from parks to restaurants and taxis it turns out Hoyt is not alone.
“It was like a deep burning sensation in my face, in my nose, my jaw, it was like a deep burning sensation,” she said.
It’s called Wi-Fi sensitivity, and doctors say it’s a very real condition with serious consequences.
Dr. David Carpenter, an Environmental Scientist and expert on Wi-Fi’s effects said the scientific link between wi-fi and health is clearly emerging.
“There is a body of evidence that is strong. it’s not 100 percent understood, but it’s strong evidence that this is a real syndrome that causes real harm to real people,” he said.
Dr. Carpenter said it’s a significant problem for about 5 percent of the population, many of them have no idea that wi-fi is to blame.
“They walk around feeling ill and they don’t know what to do about it,” he said.
Other doctors counter that the evidence connecting Wi-Fi to illness just isn’t there.
“It’s a psychological phenomenon,” neuropsychologist Dr. William Barr said.
Dr. Barr said some people may have symptoms, but what causes them is something else altogether. He said the power of suggestion may play a role.
“They essentially establish a belief that something has the potential to cause a symptom, and then when they come in contact with the cause they develop those symptoms,” he explained.
Hoyt said it’s real and she is hopeful that her life will someday return to normal.
“We are going to find another solution. It should be safer. There must be a better way,” she said.
The Wi-Fi Alliance, a wireless trade group refused CBS2’s request for an interview or comment.
Share |
Previous Post
Next Post
comments powered by Disqus