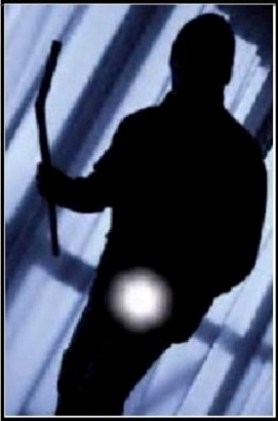 Home Occupancy Detection for 2 Homes
Typical smart meter data clearly demonstrates that a home’s pattern of electricity usage changes whenever occupants are present.  Figure 1 illustrates this point by overlaying average power usage every minute with binary occupancy (one is occupied, zero is unoccupied) between 8 am and 11 pm for two homes.  Though the homes have different occupants, loads, and daily routines, the pattern of power usage clearly change whenever people are home.
[Non-Intrusive Occupancy Monitoring] NIOM has compelling applications given the widespread deployment of smart meters by utilities.  For instance, prior work highlights that residential users often either i) do not program or ii) mis-program programmable thermostats. While the NEST thermostat attempts to address the problem by automatically programming itself based on occupancy patterns it learns using a built-in motion sensor, it carries a significant cost (roughly $250).  However, NIOM’s potential to extract occupancy patterns from smart meters en masse enables utilities to automatically determine i) how much a programmable thermostat benefits each home and ii) suggest an optimal customized thermostat schedule.  Utilities could include these results in electric bills or as part of routine energy audits to motivate consumers to upgrade to programmable thermostats and estimate their savings, or properly program their existing thermostat.” [4]
Supplemental Discussion
This article presents one simple example to illustrate the point on how utilities do not tell the truth with regard to the capabilities and risks associated with smart meter deployments.  For a previous article at this website dealing with a similar topic, one viewer wrote the following skeptical comment:

“I could gather enough data to make the same inferences you made just from paying attention to my neighbors. lights on in different rooms, lights off, coming and going, cars in driveways etc…not sure what your point is.”

The above comment was obviously made by a person who cares little about other people’s privacy or about utilities disclosing the truth.
The response of this website to the above comment included the following:

“[S]mart meter data can be used by others either maliciously or inadvertently using existing or developing technology in an unauthorized fashion to infer types of activities or occupancy of a home for specific periods of time and … utilities should not deny these legitimate concerns as if they don’t exist.  Smart meters generally collect thousands of data points per month on each household which is not necessary for billing purposes.  It is therefore an UNNECESSARY invasion of privacy.  Although you may ‘pay attention’ to your neighbors, there is a point where you may cross the line and that ‘data gathering’ becomes unwanted surveillance and stalking.”

Hopefully people will realize that if the utility can’t give a straight answer to a simple question on whether a smart meter can detect the occupancy of a home through the use of a smart meter, people will also question many of the other utility myths on what a smart meter supposedly “can’t do.”
Conclusions
For a utility to state that it “cannot detect the presence of people” in a home or that smart meters “only record total energy usage in a home or business” ignores the fact that smart meters collect “incremental” energy usage data that can reveal household activity (as opposed to “total” energy usage).
Such utility statements must be properly categorized as propaganda and constitute deception.  If people are alive and using electricity, their presence is detected and occupancy and behavior can be inferred using smart meters.  Repeated data gathering by a utility beyond that required for billing purposes can reasonably be considered to represent unwanted surveillance and stalking.
References
Reference [1]:
Naperville Smart Grid Initiative Question/ Response Inventory, dated March 25, 2013. Refer to page 26, Question 2 on the topic of “Privacy.”  Specifically for the City of Naperville, Illinois, there is a question asking:  “Can the utility monitor my consumption and know when I’m home?”  The utility provided response is given as:  “The utility cannot detect the presence of people in their homes; only the consumption of electricity is measured for billing purposes.”
Reference [2]:
Commonwealth Edison (ComEd) so-called “Fact Sheet” on Privacy; refer to the top of page 2: “Just like standard meters, smart meters will measure the amount of electricity you use – not how you use it.  They are not surveillance devices.”
Reference [3]:
“Combined Heat and Privacy: Preventing Occupancy Detection from Smart Meters,” Dong Chen, David Irwin, Prashant Shenoy, and Jeannie Albrecht; Research supported by NSF grants CNS-1253063, CNS-1143655, CNS-0916577, CNS-0855128, CNS-0834243, and CNS-0845349; 2014 IEEE International Conference on Pervasive Computing and Communications (PerCom); March 2014; http://dx.doi.org/10.1109/PerCom.2014.6813962.
Reference [4]:
“Non-Intrusive Occupancy Monitoring using Smart Meters,” by Dong Chen, Sean Barker, Adarsh Subbaswamy, David Irwin, and Prashant Shenoy; Research supported by NSF grants CNS-1253063, CNS-1143655, CNS-0916577, CNS-0855128, CNS-0834243, CNS-0845349; BuildSys’13 Proceedings of the 5th ACM Workshop on Embedded Systems For Energy-Efficient Buildings; http://dx.doi.org/10.1145/2528282.2528294.
Share |
Previous Post
Next Post
comments powered by Disqus