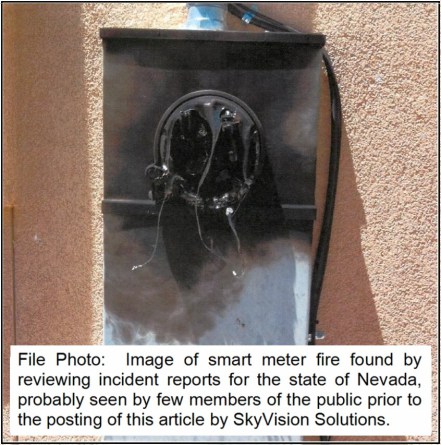 We’ve had anecdotal evidence for quite some time that utility companies remove burned smart meters from fire scenes before fire investigators can determine the source of home or business electrical fires.  This was more officially reported this past March when “Quebec City firefighters asked Hydro-Québec to leave smart meters alone.”
Quebec City’s fire department says Hydro-Québec has been too quick to remove smart meters from the scenes of fires where faulty wiring may be an issue.  “A fire is considered a crime scene and at a crime scene evidence should be left alone,” said France Voiselle, a department spokeswoman.
Continue reading...
Electrahealth.com Editor Note: Protect your family from the risks of 'smart' meters by replacing your meter with an electromechanical meter, available here!
Share |
Previous Post
Next Post
comments powered by Disqus