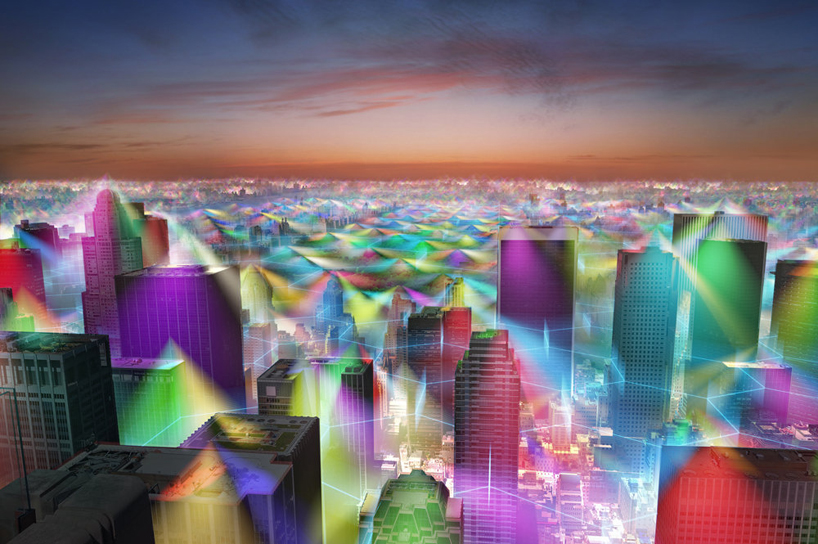 if you've ever wondered what wireless coverage looked like, artist nickolay lamm has imagined the world if we could theoretically visualize the invisible electromagnetic radiation from cellphone signals. the digital renders imagine landscapes from american cities such as Chicago and new york city as hexagonal grids of vibrant chroma. each pattern of transmitted antenna radiation has been assigned to a different color frequency, combined to form a complex network of interspersed light waves. with the help of fran harackiewicz, professor of electrical and computer engineering at southern illinois university carbondale and danilo erricolo, professor of electrical and computer engineering at the university of illinois in chicago, lamm has been able to accurately depict the systematic beauty of our cellular networks. 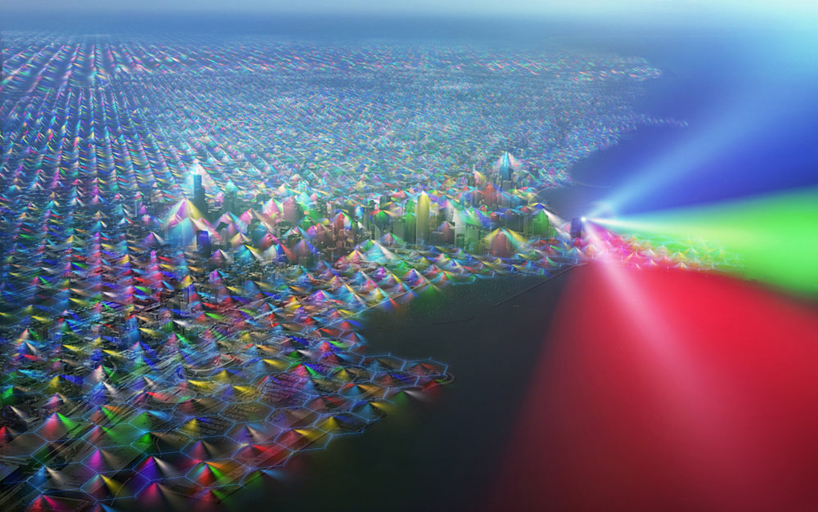 hexagonal grid of cellular base-station sites is conceptualized for chicago
‘the channel combinations shown are not static, but rather change rapidly in time as different users are assigned different channels,’ explains lamm. ‘but, if you were to take a photo of these rapid changes, you’d likely see a wide array of colors as seen in the illustration. near the downtown area more users are likely to be found and the hexagonal cells are smaller to serve approximately the same numbers of users found in larger cells elsewhere. antenna signals extending beyond the original cells provide coverage over part of lake michigan.’ 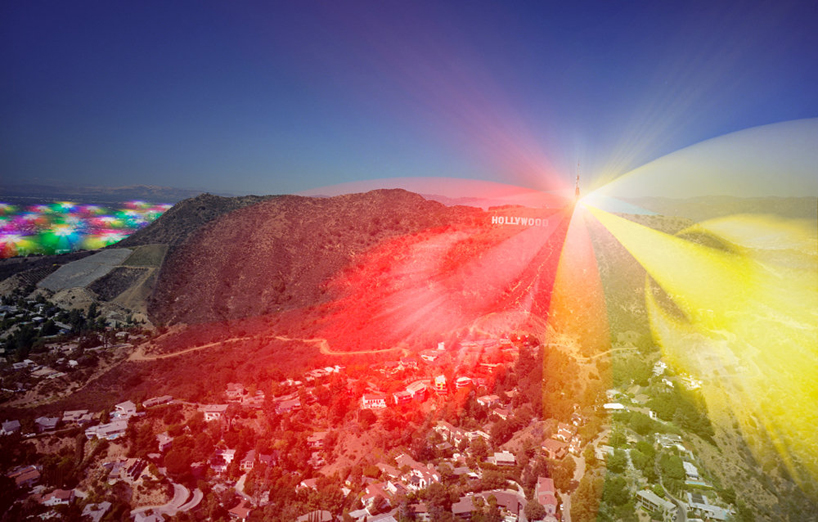 rendering of how cellular signals might appear in the hollywood hills
‘the long-distance tower is radiating three channel combinations in three directions indicated by the red, yellow and blue radiation patterns,’ adds lamm. in the background are cell stations each of which have 3 sector antenna radiation patterns as well.’
Share |
Previous Post
Next Post
comments powered by Disqus