Why Wi-Fi Safety Guidelines Need to be Reevaluated 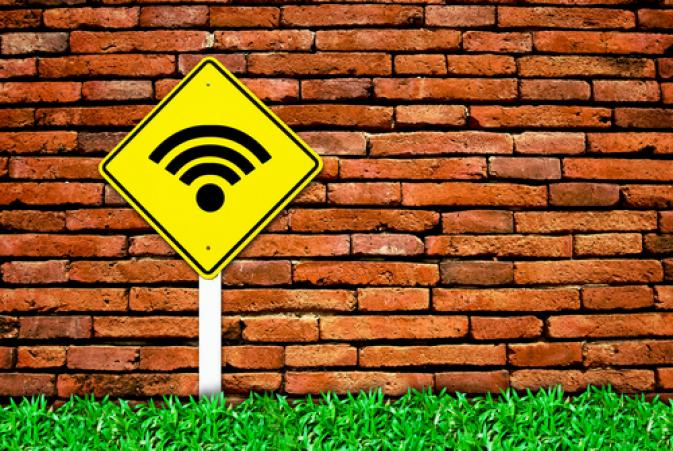 Wi-Fi has become the fourth utility we need - after water, gas, and electricity. Everything is being "wifized." My watch, my phone, my TV, my iPad, my DVD player, my coffee maker, my refrigerator, my weighing machine! Schools, hospitals, businesses, coffee shops… it's everywhere. We can’t live without it, but hopefully it is not killing us slowly. I say this because FCC guidelines for maximum allowed transmit power of Wi-Fi Access Points are based on the assumption that Wi-Fi signals are received by a human body from a distance for one transmitting Wi-Fi antenna. However, we are not exposed to just one transmitting Wi-Fi antenna anymore.
From the FCC.gov site:

"Since 1996, the FCC has required that all wireless communications devices sold in the United States meet its minimum guidelines for safe human exposure to radio frequency (RF) energy. The FCC’s guidelines and rules regarding RF exposure are based upon standards developed by IEEE and NCRP and input from other federal agencies. These guidelines specify exposure limits for hand-held wireless devices in terms of the Specific Absorption Rate (SAR). The SAR is a measure of the rate that RF energy is absorbed by the body. For exposure to RF energy from wireless devices, the allowable FCC SAR limit is 1.6 watts per kilogram (W/kg), as averaged over one gram of tissue. All wireless devices sold in the U.S. go through a formal FCC approval process to ensure that they do not exceed the maximum allowable SAR level when operating at the device’s highest possible power level."

This is where the problem is. The amount of radiation exposure today is over 100 times higher as we live in proximity to a very large number of actively transmitting Wi-Fi Devices and Wi-Fi Access Points/Routers. Consider the reality today:
And the exposure to RF energy from one wireless device itself is close to the allowable FCC SAR limit already. For example:
This is why I am concerned. All focus has been only on SAR and safety, with respect to cellular. However, in real-life measurement, the signals sent from Wi-Fi are more continual than on 3G transmission, and the effect is aggregate. The peak Wi-Fi radiation for iPads, Laptops, and Wi-Fi Antenna in aggregate is much higher.
About 300 of every 100,000 people develop cancer in top-10 countries with populations around 5 million or more (Denmark, France, Australia, Belgium, Norway, United States of America, Ireland, South Korea, Netherlands, and Canada), and these countries also have very high internet/Wi-Fi penetration (Denmark: 96%, France: 86%, Australia: 89%, Belgium: 85%, Norway: 96%, U.S.: 87%, Ireland: 82%, South Korea: 92%, Netherlands: 96%, Canada: 93%). The correlation is very hard to establish, as multiple factors are involved. However, with the increase of Wi-Fi/Radiation exposure today, the limits established before the "wifization" of society may not be good enough.
I strongly believe that the time has come to re-evaluate the FCC guidelines, as well as how Wi-Fi transmit power is handled by Wi-Fi device/Access Point vendors. Here are some suggestions on how to do so:
Lets build our future using Wi-Fi, and protect our future at the same time.
Electrahealth.com Editor Note: Use this meter to detect RF radiation that may be affecting your health!
Share |
Previous Post
Next Post
comments powered by Disqus